New sculpture on the river walk by HMS Belfast 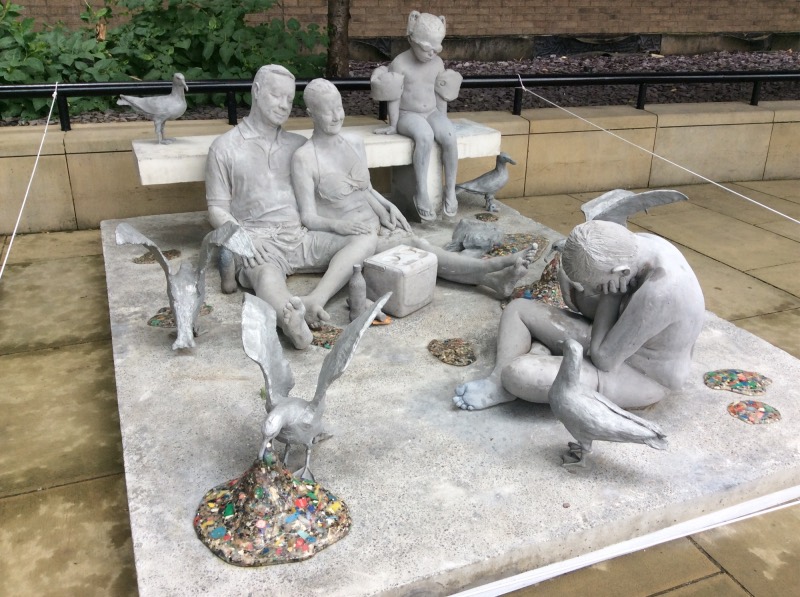 The sculpture is on the Thames Path for the summer

The sculpture, commissioned by Greenpeace UK, is titled Plasticide.

Its aim is to draw the attention of the wider public to the problem of discarded plastic, particularly bottles, being washed into the oceans and having a harmful effect on sea life as well as well as disfiguring the beaches and coastlines around the ocean edge.

The artist, Jason deCaires Taylor, used the idea of a family picnic being disturbed by seagulls vomitting up discarded plastics.

A family is shown in depressing grey material to form a contrast with the colourful real plastic pieces, retrieved from beaches, disgorging from the gulls' beaks.

A small girl is modelled on deCaires' own daughter.

Plastic bottles are the focus of action by the Mayor of London, who is encouraging the wider availability of fresh tap water in the TfL Network as well as improving the recycling rate -currently less than one third of London's waste is recycled.

The sculpture has been shown earlier this year outside the National Theatre on the South Bank as well as at Coca-Cola's national headquarters. It will remain on Queen's Walk near HMS Belfast until the end of August.