ITV has applied for planning permission to redevelop its South Bank site with a new headquarters building and a 31-storey residential tower. 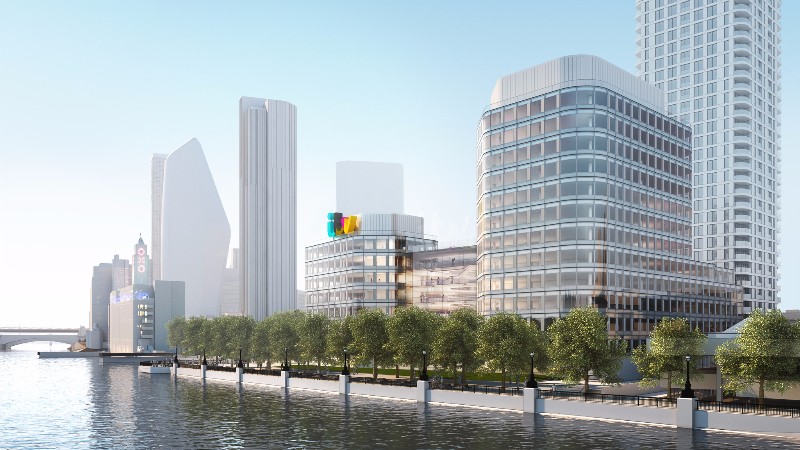 Designed by Hopkins Architects, the plans include new offices as well as studios for ITV's daytime programmes, including Good Morning Britain and This Morning.

ITV originally proposed a 38-storey block of flats as part of the scheme but that element has now been reduced to 31 storeys.

Of the 213 homes proposed in the scheme, ITV plans to offer 22 as 'intermediate tenure' affordable housing such as shared ownership.

"The South Bank is London's vibrant creative and cultural quarter, which ITV has been proud to be a part of for more than 45 years," said ITV executive chairman Sir Peter Bazalgette.

"I'm thrilled that we are set to build a fantastic new headquarters on our existing site, which will be our home for many decades to come. ITV thanks everyone who has taken time to share feedback which helped to shape the proposals that have now been submitted to Lambeth Council."