Southwark Council has confirmed measures to protect pubs from change of use. 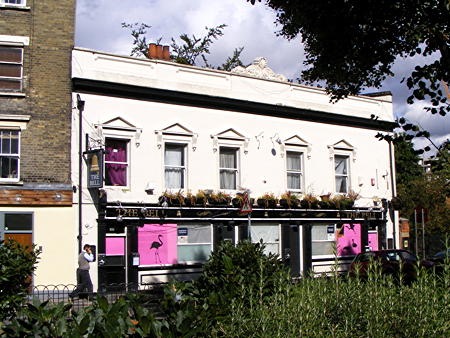 The Bell in Webber Street shortly before demolition in 2011

Members of the planning committee unanimously agreed to the measure on Monday evening.

Until recently a pub could be demolished or converted into a number of other uses without a developer needing to submit a planning application. During the last decade Southwark has lost a third of its pubs.

Concerns were raised when the Elephant & Castle pub nearly became an estate agents.

Earlier The Bell in Webber Street, associated with William Shakespeare, was demolished to make way for flats.

Last March the committee unanimously backed the move to impose an Article 4 Direction which means that developers would need to submit a planning application before turning a pub into an estate agent's office or shop.

This took immediate effect but a six-week consultation period was held before the measure could be made permanent.

A total of 37 representations were received of which 32 expressed support for the Article 4 Direction.

Meanwhile Parliamentary legislation has now removed permitted development rights from pubs as the result of an amendment tabled by former Southwark councillor Lord Kennedy in the House of Lords.

However, confirmation of the Article 4 Direction to withdraw the permitted development rights associated with the change of use, demolition and alteration of public houses in Southwark provides further protection from alterations.

Southwark has ten public houses designated as an ACV (assets of community value).