The Park Plaza London Waterloo, although shortlisted, has failed to win the 2017 Carbuncle of the Year award. 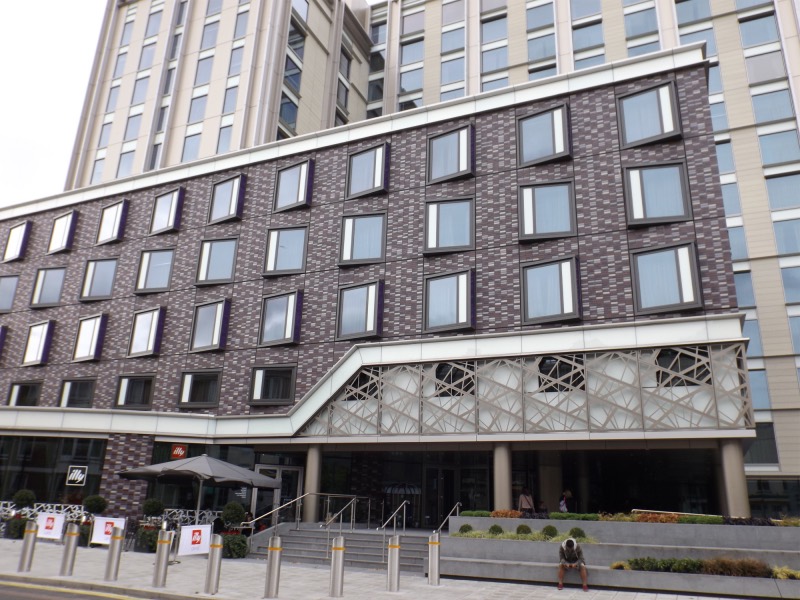 The hotel in Hercules Road was nominated for the award following its conversion from the Central Office of Information HQ.

The hotel won its place on the shortlist because it "stops passers-by in their tracks for all the wrong reasons, forcing them to reach for their sunglasses".

The selectors suggested that the tiles on the lower storeys "would cause havoc on a TV screen, and whose colours manage to be both gaudy and drab at the same time".

They added: "It's a huge groundscraper so, to draw attention to the entrance, the architects lifted the cornice at one corner and wrapped a weird screen around it. It looks like the skin has been peeled from someone's torso, exposing a spaghetti of blood vessels and veins beneath."

The Waterloo hotel building initially received planning permission for conversion to a school but the Oasis South Bank Academy has now opened nearby.

The building, as the new Park Plaza London Waterloo hotel, was up against Circus West which has replaced the Marco Polo building and blocks the view of Battersea Power Station from Chelsea.

This year's 'award no one wants to win' went to Nova Victoria, an office development in London's Victoria, described as "a new benchmark for urban horror".

The annual award is made by Building Design.