Waterloo Sunset ale, brewed by the re-established Truman's, has arrived this month in two Waterloo pubs. 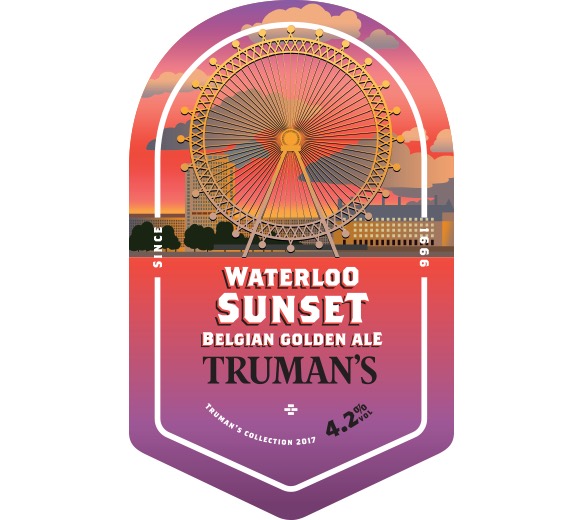 The ale's launch comes on the fiftieth anniversary of the release by The Kinks of their famous Waterloo Sunset record in 1967. The tune and lyrics are by Ray Davies who describes Waterloo as a 'pivotal place' in his life.

Truman's brewery, established in 1666 and closed in 1989, has been reopened on Fish Island in the Lea Valley.

This is the new Truman's first 'Belgian golden ale'. It is being brewed with Belgian yeast, English malt and Australian hops to produce 'a soft citrus and fruity bitterness'.

Last week Truman's reported that the new Waterloo Sunset was "flying out of the door".

The label features the London Eye, the Shell Centre and County Hall.

The Duke of Sussex next to Waterloo Green in Baylis Road and The Hole in Wall in Mepham Street are serving the new ale.