The refurbishment of the Royal Festival Hall has been launched by South Bank Chairman Lord Hollick removing a section of the 53 year old boilers in the basement. 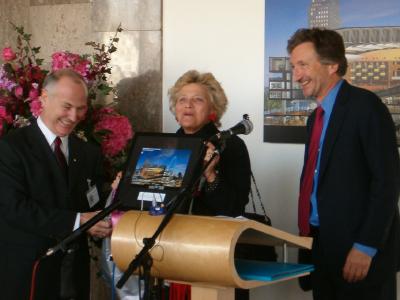 He also announced a £5m boost to the funding from Dame Vivien Duffield's Clore Foundation.

Speaking afterwards upstairs Lord Hollick said: "The total amount is around £90m including the £71m refurbishment of the Royal Festival Hall and £19m for the extension building, landscaping and lighting of the area." 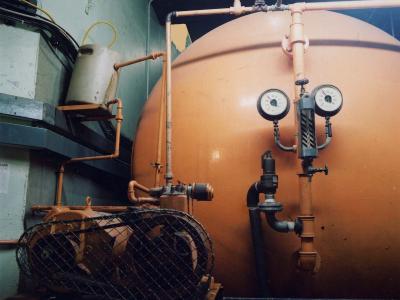 Work will begin on the controversial extension alongside Hungerford Bridge in the summer. This work and a new river frontage is due to be completed before the major refurbishment starts in July 2005. The official re-opening is planned for January 2007. 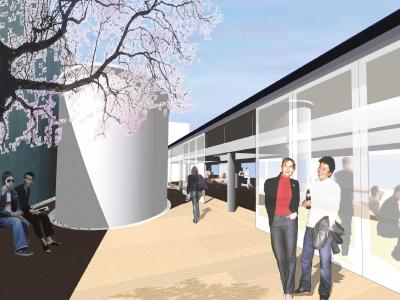 During the closure the South Bank Centre plans to present a full programme in the Queen Elizabeth Hall, Purcell Room and Hayward Gallery.