A demonstration outside the rug factory in Long Lane has highlighted opposition to a proposed new building on the site. 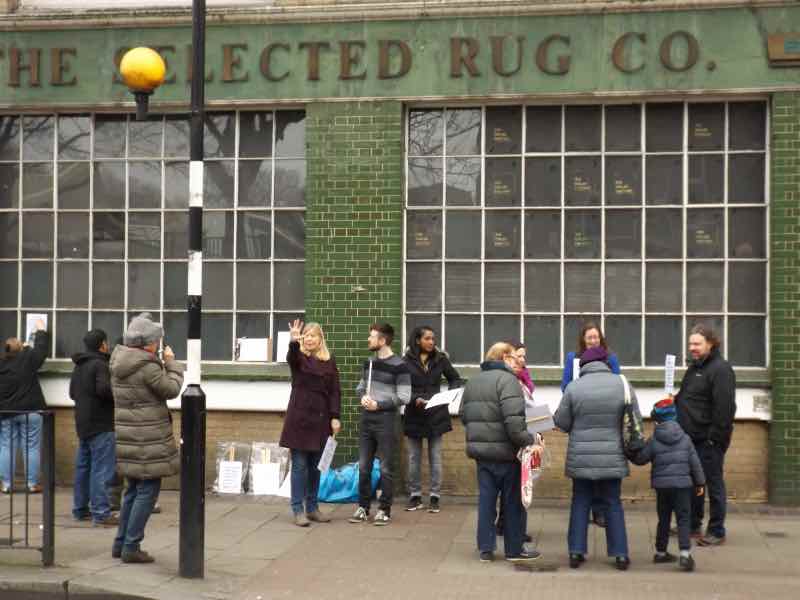 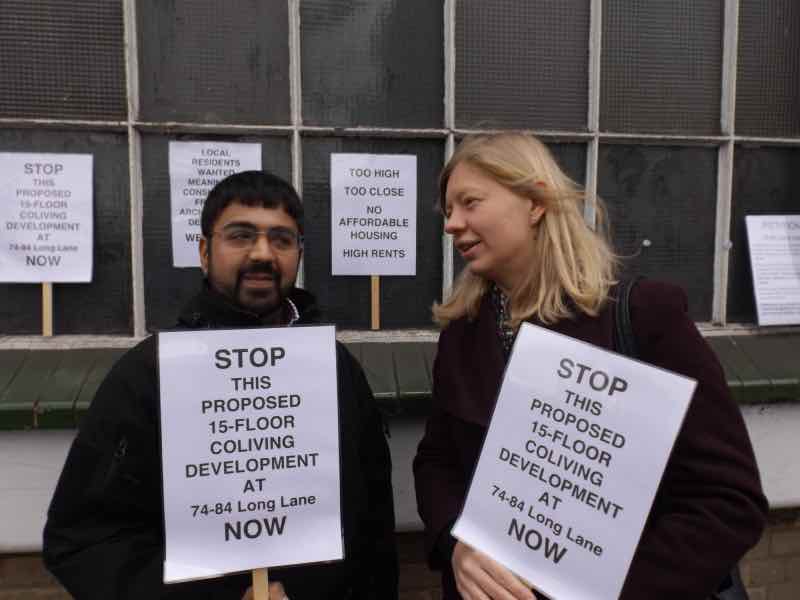 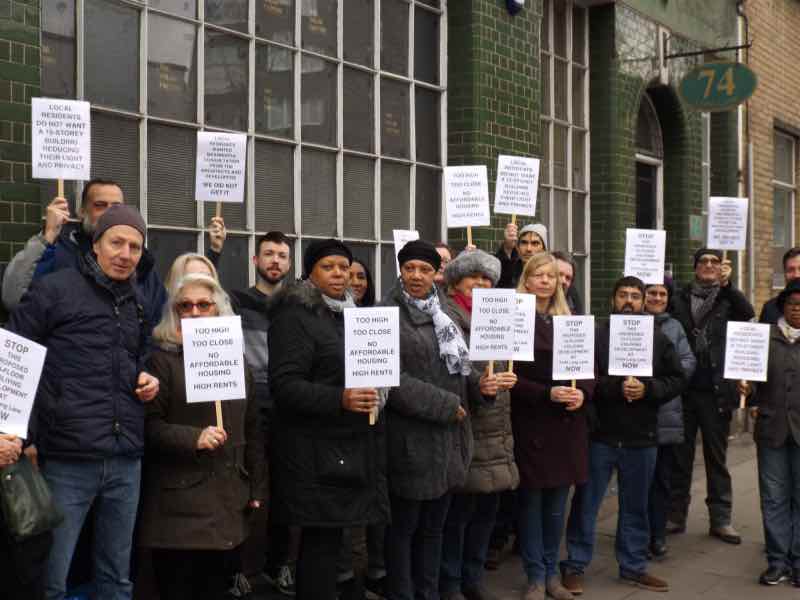 The gathering of around thirty people on Saturday morning was formed by residents representing the building's neighbours in Empire Square, Pilgrimage Street, Halling House in Long Lane and Eynsford House on the corner of Crosby Row opposite.

The building, with distinctive green tiles at 74 Long Lane, was originally the premises of the Selected Rug & Matting company. It is now temporarily occupied by a theatre company.

Selected Rug & Matting, which was 75 years old, was acquired by Cardiff-based Westco in 2015.

The proposed replacement building is a 15-storey 'co-living' development.

Nearby residents claim that the height is excessive compared with existing buildings and will result in loss of light especially in Southhall Place.

Present at the gathering were Chaucer ward councillors Vijay Luthra and Helen Dennis who expressed support for the residents.

A petition against the development has attracted almost 300 signatures.