Union Street is being closed to west bound traffic between Great Suffolk Street and Blackfriars Road. 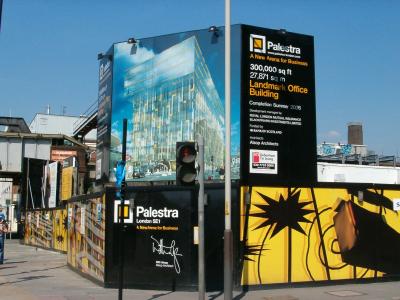 The closure from this week is to allow for the erection of Palestra, a ten-storey office block, which was bitterley opposed by nearby residents who were anxious not to lose sunlight. The corner development site is opposite Southwark Station and was occupied by Orbit House, home of the the India Library which has now been amalgamated with the British Library. 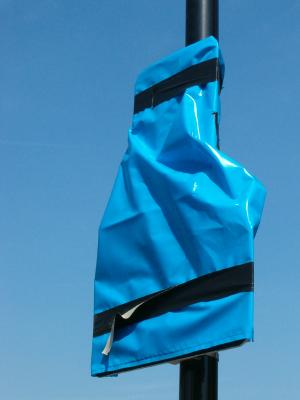 New traffic signs are about to be unveiled at the west end of Scoresby Street indicating that it has become a no-through road. The entire length of Gambia Street has been closed. 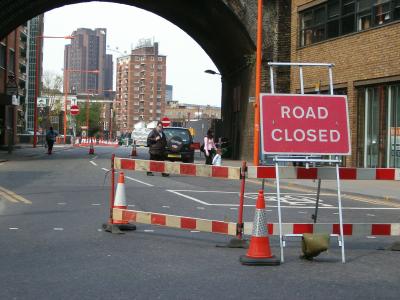 The new traffic arrangements are likely to remain in place at least until autumn 2005 when Palestra is due to be completed.

The building has been designed by Will Alsop. The developers are Blackfriars Investments and Royal London Asset Management.