Around 1,200 homes in towers of up to 48 storeys are to be built on the site of the Cantium Retail Park in the Old Kent Road under plans unveiled by Galliard Homes and Aviva Investors. 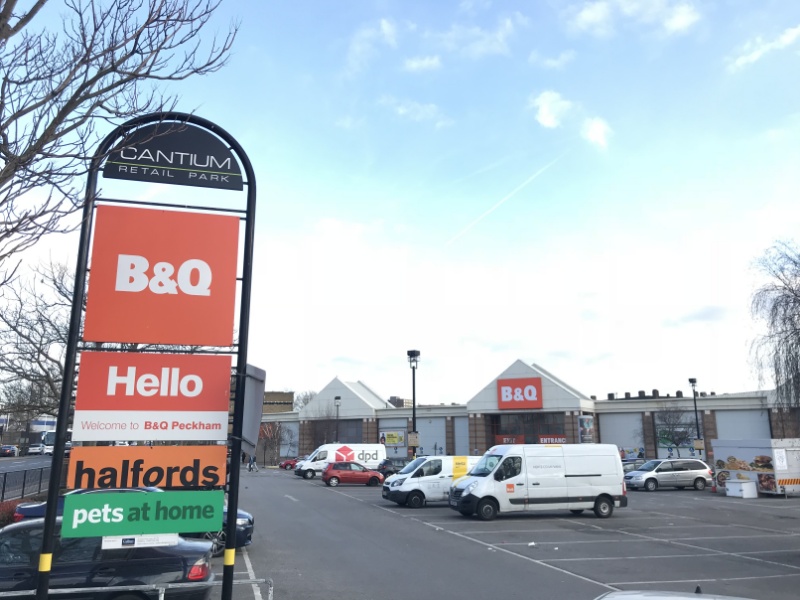 The Cantium Retail Park on the south side of Old Kent Road includes B&Q, Halfords and Pets at Home.

Galliard and Aviva have hired two SE1-based practices – Alan Camp Architects and Brisac Gonzalez – to draw up plans for the scheme.

Early proposals for the site were revealed on Thursday at a public exhibition and there will be another opportunity to see the plans on Monday.

The tallest elements of the new proposal are towers of 48 and 36 storeys, with the taller block at the north-eastern corner of the site, where B&Q stands today.

The scheme includes approximately 1,200 homes – from studios to 4 bedrooms – and the developer says it intends to meet Southwark's policy that 35 per cent should be affordable.

The developers say that the redevelopment will include more retail and commercial space than is currently on the site, and that they are in discussions with the existing tenants about the possibility of opening shops as part of the scheme.

As well as homes and commercial space, Galliard and Aviva are proposing a "destination space suitable for a creative, cultural or educational institution".

The scheme also includes new landscaping as part of the proposed linear park that will trace the route of the former Surrey Canal.

A second public exhibition is planned for spring/summer this year, with a full planning application to Southwark Council not expected before the summer.