Supporters of the Bangladeshi Nationalist Party marched on Blackfriars Road on Tuesday afternoon to protest against a speech by the prime minister of Bangladesh, Sheikh Hasina, at the Overseas Development Institute (ODI). 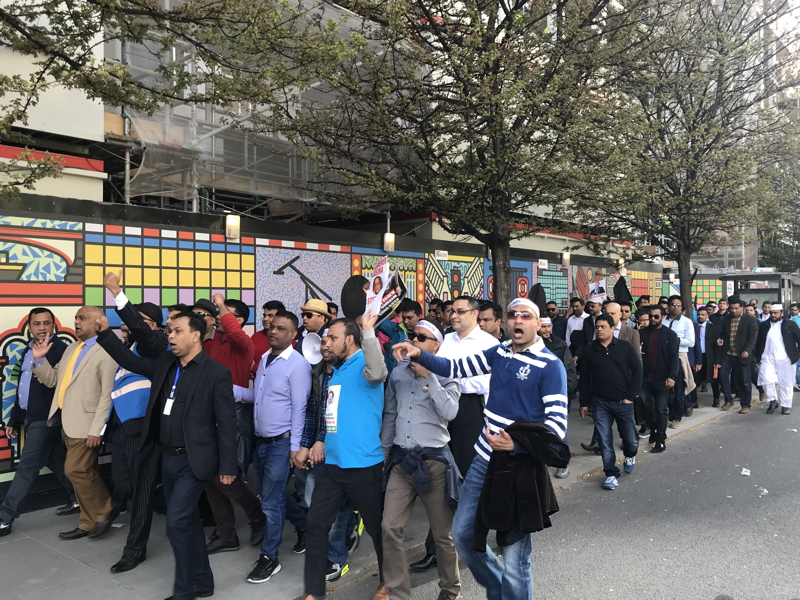 Sheikh Hasina is in London for the Commonwealth Heads of Government Meeting.

On Tuesday she came to the offices of the Overseas Development Institute in Blackfriars Road to give a speech to an invited audience.

Supporters of Sheikh Hasina's party, the Bangladesh Swami League, gathered on the east side of the road holding placards with welcome messages but they were outnumbered by protesters carrying banners bearing the name of the Bangladeshi Nationalist Party (BNP).

A large policing operation was mounted, with paths through the Rochester Estate closed to pedestrians for the duration of the event.

At least 10 police vans were parked nearby, and police motorcyclists from as far away as Wales were part of the operation.