A subterranean cinema could be part of a large-scale development of the Southernwood Retail Park on the Old Kent Road along with hundreds of homes, a hotel and new shops. 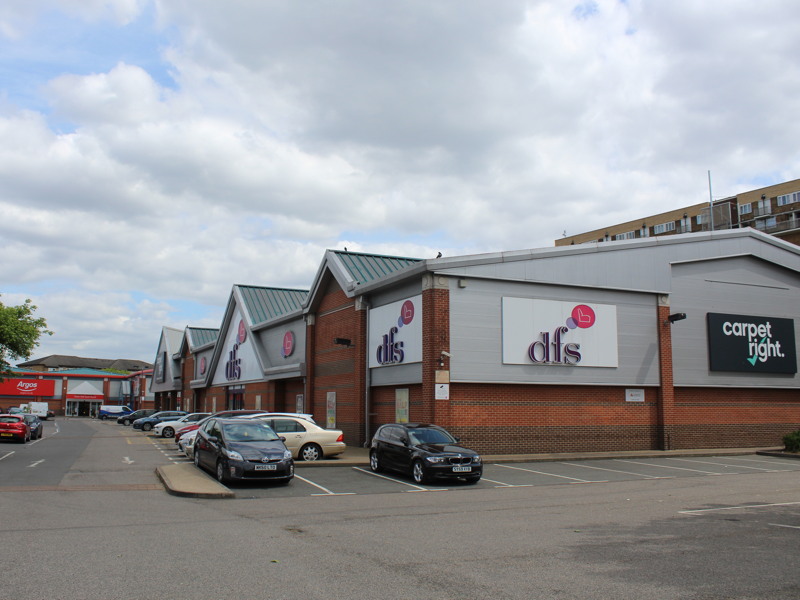 We reported in May on plans by the Strathclyde Pension Fund to build hundreds of homes on the site of Argos, Sports Direct, Carpetright and DFS in the Old Kent Road.

This week the developers showed off their initial plans in a two-day public exhibition.

The scheme – designed by Pilbrow & Partners – includes 700 to 750 homes, with the developers pledging to "prioritise the delivery of social rented homes on-site".

Seven new buildings are proposed, with a hotel facing the Old Kent Road and the tallest element – a residential tower of up to 48 storeys – situated further north along Humphrey Street.

Shops, restaurants and cafes are proposed at ground level, with a basement-level cinema having its own entrance at the centre of a public square between the buildings.

The commercial elements of the scheme are expected to create the equivalent of 180 full-time jobs.

The developers say they have devised "exciting well-scaled buildings that respond to the local streetscape and the aspirations of LB Southwark and the GLA".

A further public consultation is scheduled for September with a planning application due to be submitted to Southwark Council in the autumn.

If the scheme is approved, construction of the hotel could begin in late 2019, with work on the first homes starting in 2020.

• Materials from the public exhibition are due to be published at www.southernwood.london in the coming days.