The centenary of the death of of Waterloo-born 'Inky' Stephens is being marked by a garden party this weekend at his Finchley home. 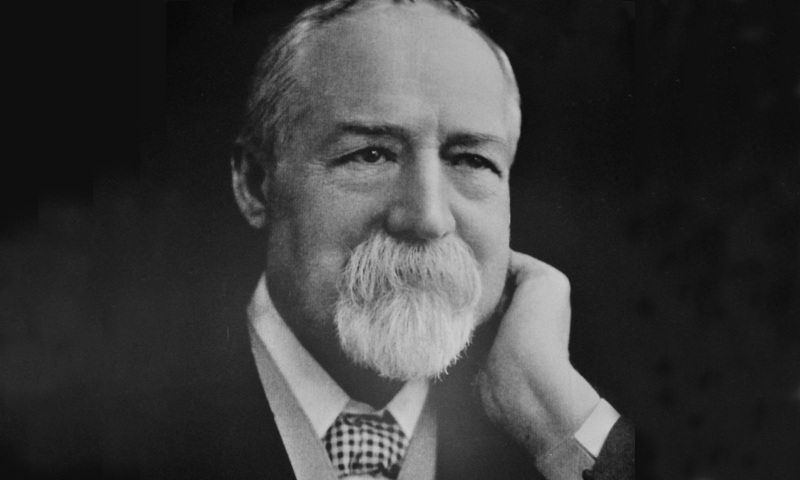 Henry Stephens, of Stephens Ink fame, was born at the General Lying-In Hospital in York Road to parents living in Stamford Street.

The father was Henry Stephens senior, the 'inventor of writing fluid' whose first Southwark home was at 8 St Thomas Street where he shared lodgings with John Keats. Both were medical students at nearby Guy's Hospital.

After a year Keats was drawn to poetry more than medicine leaving Henry senior to complete the course.

In 1817 Henry Stephens set himself up as the doctor and hunt vet in his home town of Redbourn in Hertfordshire. Keats came to stay in 1818. Both had an interest in poetry and medicine. Stephens had written Sonnet to the Stars.

In 1829, eight years after Keats' death in Rome, Henry Stephens returned to Southwark to live at 54 Stamford Street on the north-east corner of Rennie Street. The site is now occupied by the new Bankside Hotel.

Henry's move back to an area he knew well coincided with his marriage to Hannah. Their daughter Harriot was born in 1830 but by 1832 both mother and baby were dead. The parish of Christ Church Southwark had a cholera epidemic.

By now Henry was specialising in hernias and had a second edition of his treatise issued by a publisher at Maze Pond next to Guy's. But as cholera gripped Lambeth and Southwark he devoted much time to tying to understand the cause of the epidemic.

However, the research for which he has become famous concerned recipes for writing ink.

He experimented in the basement of his house and some success caused him to rent a stable and shed in Coin Street where he had earlier kept his horse and carriage.

There in Queen Victoria's accession year 1837, with the help of 'chemical color and ink maker' Ebenezer Nash of nearby Duke Street (now Bernie Spain Gardens), he launched Stephens Ink.

The ink was sold in pots made by Doulton in Lambeth.

Three years later Henry married Anne Reilly of Holborn. Their many children brought up in Stamford Street included Henry junior, born 2 February 1841 in the York Road Lying-In Hospital, who was to become the rich MP known as 'Inky' Stephens.

Neighbours across the road included Thomas Love Peacock who had been a friend of another Romantic poet who died early, Percy Shelley.

On the opposite corner, now Waitrose, was the home and surgery of Dr Joshua Lambert Vardy who promoted homeopathy but later gave up medicine to be a printer.

The Stephens family left their Southwark house in 1844 for a grand residence in Finchley which now houses the Stephens Museum. This was to be the older Henry's home until 1864 when he was found dead on Farringdon Station.

His son Henry married Agnes, daughter of Dr George Mackereth who had shared the St Thomas Street lodging with his father and Keats.

The younger Henry expanded his father's ink business and served as MP for Finchley from 1886 to 1900.

He died in July 1918 just before the end of the First World War and two years before the Treaty of Versailles was signed in Stephen's Ink.

His house and large garden were bequeathed to the people of Finchley and it is there that the Centenary Garden Fete is being held on Sunday 15 July.

Today Stamford Street has been renumbered and on the site of the present number 54 is The Fountain & Ink bar which is decorated with a Stephens Ink theme.