Plans for a development of more than 80 homes - including a 13-storey tower - on the site of KwikFit in the New Kent Road have been approved by Southwark councillors. 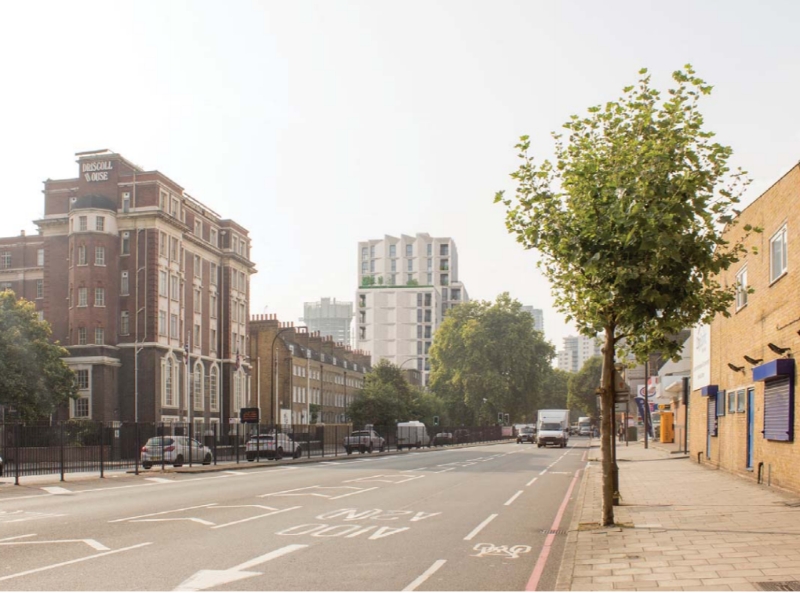 The developer is Capital Homes and the scheme has been designed by ColladoCollins Architects.

Introducing the scheme, senior planner Robin Sedgwick told the committee that this was an appropriate site for a "more intensive mixed-use development"

Since the scheme was first proposed last year, the height of the tower has been reduced from 15 to 13 storeys, and the developer's affordable housing offer has been improved.

Of the 81 homes in the scheme, 12 would be offered on social rent tenancies and 10 would be available on a shared ownership basis.

The committee heard from local residents Matt Weaver, Patrick Parker and Celia Cronin who spoke in objection to the planning application. Mr Weaver and Mr Parker talked about the impact on daylight and sunlight for their properties in Munton Road and Ms Cronin explained that the proposal is "overly dense for this site".

The developer's agent Helen Cuthbert told councillors that "the scheme's design has been well considered to ensure it fits in to the emerging skyline" including the nearby Lendlease development at Elephant Park.