Business organisation Team London Bridge has objected to the filling in of More London's artificial stream, noting that its removal has harmed the image of the area and that the water features are important in making locals feel welcome amid the offices. 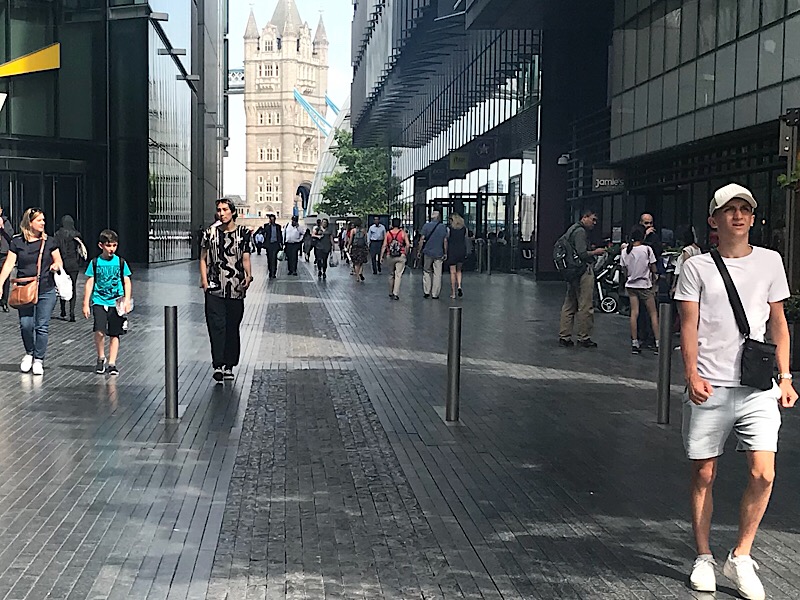 Team London Bridge is a business improvement district – established by ballot of local firms – which represents around 400 businesses in the area.

"The Rill is regularly cited as one of the most distinctive and beautiful modern features in the area, for visitors, families, and businesses," said Team London Bridge in its response to planning application 18/AP/1650.

"It supports popularity of the local shops and businesses, navigation towards the river, and is a key feature of the 'London Bridge High Street' placeshaping project.

"The removal of The Rill has already had a negative impact on the image of the area, as documented through press, media and anecdotal evidence locally, for example on our led walks.

"Some of our businesses, particularly retail, food and beverage and cultural institutions, rely on the attractiveness and appeal of the local area, of which The Rill is a major factor in making this area distinctive and less corporate."

Team London Bridge has criticised the way that the channel has been filled in with a deliberately rough surface: "A wide strip of tactile paving is not a satisfactory long term public realm intervention.

"It has been designed with the specific purpose of discouraging walking near The Rill, so is now merely an impediment to walking comfortably through the space at a time when footfall is increasing.

"The paving risks being confusing for blind and partially sighted people."

The business organisation also notes that elements such as The Rill can have a significant impact on how local people perceive and use what is otherwise a corporate-dominated space.

"The More London water features, of which The Rill is an integral component, are one of the few reasons that Southwark families feel welcome to visit the riverside," said Team London Bridge.

"The London Bridge BID area is striving to be accessible to all communities via the London Bridge Culture Strategy and removing this feature is counterproductive to that goal.

"It is important that local children in the borough grow up engaged and knowing they are welcome in this corporate environment."

Nearly 600 people have signed a petition calling for The Rill to be reinstated.

Broadgate Estates, which manages More London for its Kuwaiti owners, has yet to make any public statement on the rationale for getting rid of The Rill.

A decision on whether or not to grant retrospective consent for the filling in of The Rill will be made by Southwark Council's planning committee.