The former owner of an Italian restaurant near Tower Bridge has been jailed for four years for VAT evasion. 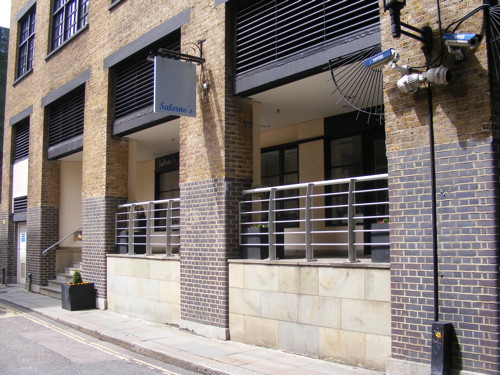 Peter Davis ran Salerno's Italian restaurant in Lafone where he failed to declare about half of his sales, and falsely claimed Ł58,507 in four VAT claims.

Formula 1 Teamwear Ltd set up stores in shopping centres in Liverpool, Glasgow, Cardiff and West London, along with two smaller shops in Brighton and a website.

To help keep his businesses going and to fund his lifestyle, Davis submitted 17 fraudulent VAT returns to HM Revenue and Customs (HMRC) between 2009 and 2013, and falsely claimed repayments of Ł961,307.

HMRC investigators found that Davis received subsidies from the shopping centres to fit-out the shops. But his outlets all failed, often leaving rent and rates unpaid and some customers of his website without the goods they had ordered, leaving them out of pocket or needing to submit claims to their credit card providers.

"He foolishly thought he could carry on cheating the public by setting up new businesses built on a house of cards.

"Tax fraud isn't a victimless crime. Not only is it stealing from UK taxpayers, it takes away money needed for the vital public services we all rely on. Anyone with information about tax fraud should report it to HMRC online or contact our Fraud Hotline on 0800 788 887."

Davis pleaded guilty to fraudulent evasion of VAT and on Friday 20 July he was jailed at Southwark Crown Court for four years. He was also disqualified from being a company director for seven years.

On sentencing, His Honour Judge Michael Hopmeier told Davis: "These were serious, sophisticated frauds carried out over a long period of time, by deliberate dishonesty and virtually from the start of trading.

"Offences of this nature – fraud on the revenue – are not victimless. Government and Public Services are funded by tax, there are no other sources of income – this means hospitals, schools, roads and benefits are all paid for by tax.

Confiscation proceedings to recover assets from Davis will now begin.