Detectives are appealing for information and witnesses after a man was left with a serious head injury after he was punched and knocked to the ground outside Waterloo Station. 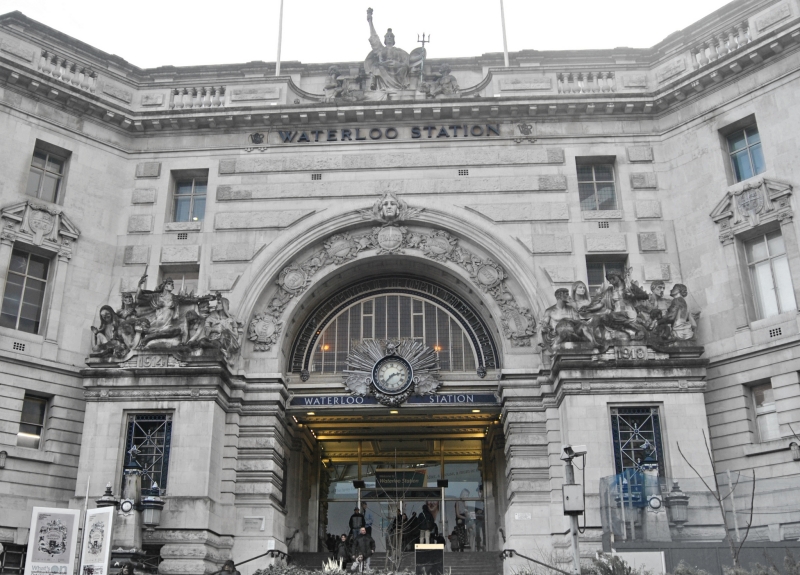 Photo by Loco Steve used under a Creative Commons licence

Police say that moments before the attack, at approximately 10.15pm on Thursday 1 November, the victim – a 27-year-old man – was seen standing at the bottom of the steps from Victory Arch) asking for cigarettes from members of the public.

He appeared upset and was seen crying although he was not causing any concern and appeared harmless.

A female member of the public appeared to take offence at the man asking for cigarettes and began shouting at him.

A male suspect then approached and got into an argument with the victim.

The suspect walked away from the station entrance and onto Mepham Street with the victim following behind. The pair stopped and the victim was punched in the face. The assault caused him to fall backwards and hit his head on the floor.

The suspect ran off through the adjacent archway towards the BFI IMAX cinema.

The London Ambulance Service and officers attended shortly afterwards and the victim was taken to a south London hospital.

The suspect is yet to be identified. He is described as a white man, aged between 20 and 30 years old, 6ft 2ins tall, of large stocky build, with short cropped fair hair and clean shaven. He was wearing a bright red Adidas jacket/hooded top with white logo in the middle, blue jeans and white trainers. He was carrying a black gym bag. He spoke with what has been described as a a 'southern English/cockney accent'.

Detective Constable Alex Atkinson, from Lambeth CID, said: "The victim was standing at the bottom of the main entrance to Waterloo Station and asking anyone who passed by for a spare cigarette. The victim appeared emotional and may have stood out. He was shouted at by a woman before then being involved in a heated conversation with a separate man.

"The pair have moved towards Mepham Street where the victim sustained a very serious head injury. Were you there? Did you see anything that can help police?

"We are keen to hear from anyone who saw what took place or aftermath. Equally we are keen to trace the woman who first spoke with the man. If you have information please call police on 101 quoting cad 8498/01Nov or Crimestoppers anonymously via 0800 555 111."