During December the Shard will offer a daily light show illuminating the top 20 storeys of the capital's tallest building. 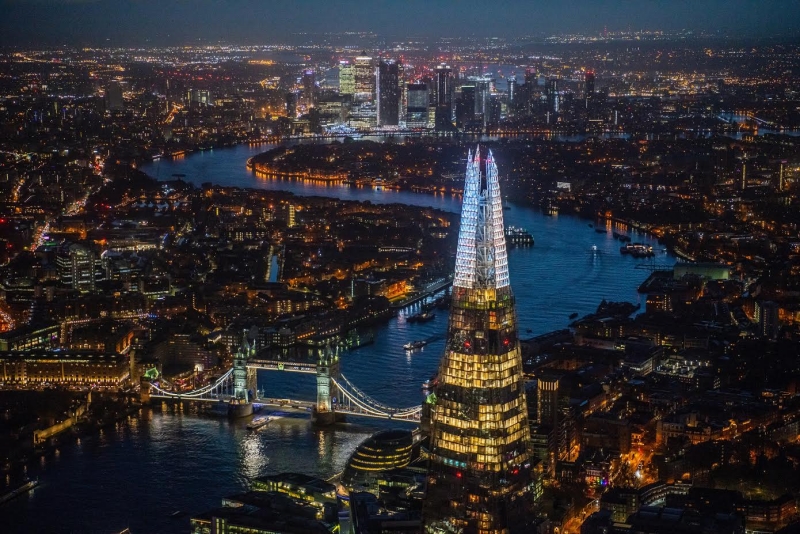 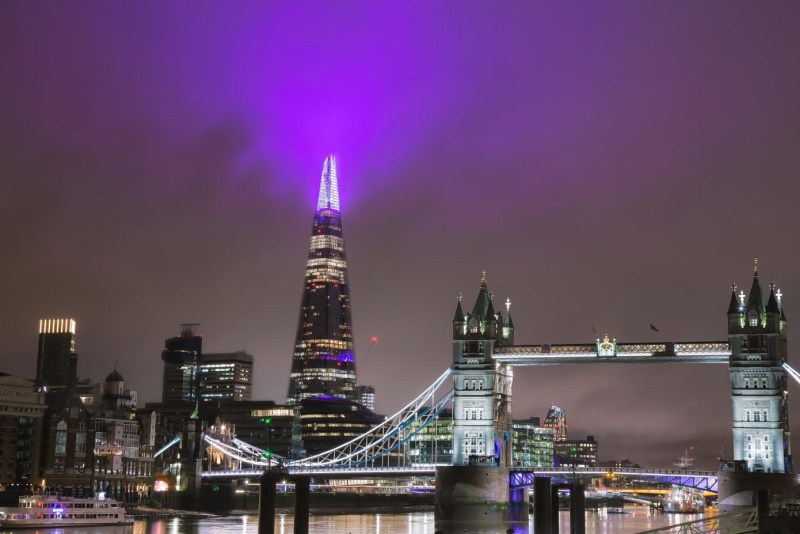 The theme for Shard Lights this year is 'reflection'. Throughout December, the 30-minute show will run through a day's worth of colour – from golden sunrises to the pinks of sunset and finally to the dark blue of the night sky – every half an hour from 4pm to 1am.

On 31 December, there will be a special one-off spectacle to celebrate New Year's Eve. When the clock strikes midnight, the spire will turn white in time to the chimes of Big Ben before emulating London's firework display, marking the transition to 2019.

"The festive season is always a highlight of the year for the capital, and as a beacon for modern London, we wanted to do something special to mark this period, said Michael Baker, CEO of REM, the company which manages the Shard.

"Inspired by images of the Shard on social media capturing sunrises and sunsets throughout the year, this year's light show will reflect the London skies, a design feature of the building itself.

"As Western Europe's highest light show, we encourage Londoners and visitors to the city to look up and admire the night sky."

Adam Bassett from Woodroffe Bassett Design added: "We were inspired by the original vision for The Shard, which was conceived as a building that would reflect the changing colours and mood of the London sky.

"The design of this year's Shard Lights will feature colours that reflect the change from sunrise to sunset and celebrate the glorious night sky."