Detectives have issued an image of three men they are looking to identify following a homophobic assault on the South Bank. 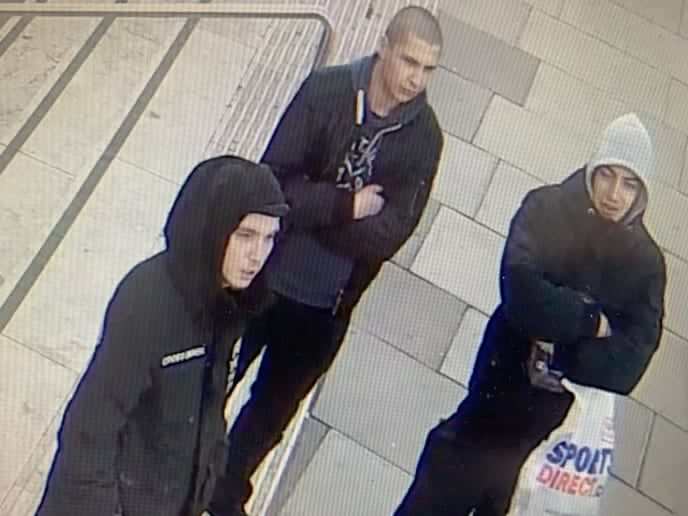 Do you recognise these men?

Police were called at 2.30pm on New Year's Day to reports that two men had been assaulted by four men in an unprovoked attack close to the National Theatre.

The victims, aged 28 and 31, who were holding hands, suffered facial injuries and bruising in the assault. They did not require hospital treatment.

The suspects are all described as white, aged in their mid-20s and wearing hooded tops. They left in the direction of Oxo Tower Wharf.

Detectives have issued an image showing three of the four men they wish to identify.

The assault is being treated as a hate crime.

Anyone with information is asked to contact officers at Lambeth via 101 quoting reference 6108/1Jan or tweet @MetCC. Alternatively, call Crimestoppers anonymously on 0800 555 111.