An urban explorer who jumped into the Thames - whilst filming himself climbing Tower Bridge for a YouTube video - received a community protection order banning him from the balustrades of river bridges, the City of London Police have revealed. 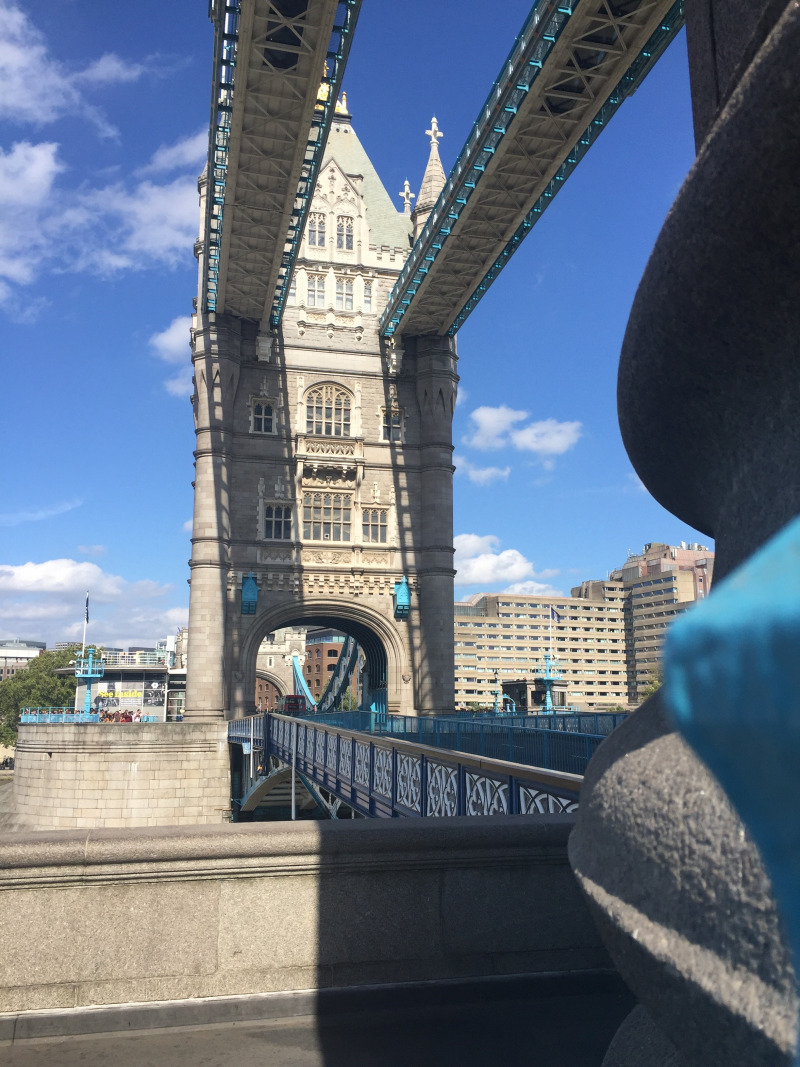 They claim that when they do it right, they come and go without anyone ever knowing they were there.

But a new generation of daredevil urban explorers have become an increasing concern for authorities in the Square Mile, whose remit also includes the bridges linking Southwark with the City.

The exclusion of two such 'UrbEx' explorers from the financial district was highlighted in a report to City of London Corporation members by local police just last week.

In one case, City of London Police have revealed, a YouTuber they caught last year, had ignored a little-known bylaw prohibiting anyone from jumping into the River Thames.

He appeared to be unintimidated by the laws of physics, too.

"He did a backflip off the balustrade of Tower Bridge and into the River Thames," PC Sam Lowe of City of London Police recalls.

"He even claimed afterwards he was going to jump off the London Eye. But that's a huge danger – you're going to get hurt."

That man received a community protection order warning prohibiting him from being on the balustrade of any bridge, PC Lowe says.

But the question of how to handle daredevils with social media followings in the hundreds of thousands is not only frustrating authorities.

Andy Kay, who runs urban exploring website Behind Closed Doors, has described a split between "old-school" adventurers, and those driven by exhibitionism, fame and money.

Mr Kay described urban exploring historically as an "underground hobby" – it was "an activity for the few, unheard of by the many. It was there in the background, available to those who looked, but never presented in mainstream media".

He says the hobby flew under the radar for a long time, because it fell in a legal grey area of trespassing- and while that's against the law, it's a civil, not criminal offence.

"Getting caught by the police, in the most part, means being asked to leave with a slap on the wrists."
With a hobby that is largely unheard of, and the police encountering few people who do it, that would be unlikely to change.

But the audience and participants are growing rapidly.

An Instagram search reveals nearly 6 million posts including the #UrbEx hashtag, with incredible photography talent on display, breathtaking and footage, in awe-inspiring locations from skyscrapers to abandoned mansions.

Among them are daredevils showcasing adrenaline-rushing feats, with brand sponsorships, paid advertising posts, and merchandising. Extreme sports stars are a growing niche in the community.

Mr Kay said social media and mainstream media fascination with striking photos, and footage of breathtakingly dangerous feats from some explorers had brought the activity to a wider audience.
But he claims by bringing widespread attention to the previously secretive adventuring was at risk of ruining it.

"The result is always the same – the location gets looted, trashed and ultimately destroyed due to the unwanted attention this brings."

He accuses some social media UrbEx stars of "glamorising" the activity with showy videos, and deliberately attracting police attention for hits.
"A select few have discovered that getting caught adds a lot of drama and excitement to a video, and now get caught, on purpose, on a regular basis."

"To any true urban explorer, getting caught is considered a fail," he adds. "Those in the core community want to get into a building, and then back out again, without anyone ever knowing we were there."

Added to that, the instantaneous ability to share footage of a secret previous spot online meant copycats would begin hitting it and drawing authorities' attention immediately.

"It's saddening, because once we could share the new places we had found with other like-minded people, but now we feel we have keep things a bit more private to avoid feeding locations to those who are making things too public."

"It gets them views, of course. But I get to see it too."

He says that while explorers had been trying to access London's restricted spaces for years, the social media fame drawcard had intensified the problem in the City.

And despite people around the world finding entertainment in the spectacle, Constable Lowe says it causes huge disruption.

Entire streets in busy London have had to be cordoned off because of people spotted on building-tops and bridges, using up police time, stopping traffic, and risking  injury.

PC Lowe says Square Mile buildings owners are becoming increasingly worried about insurance liability, as well as the risk to the public beneath due to the damage one small item dropped from a height could do.

He adds he has heard of some London security firms had lost contracts after explorers managed to trespass: "This is something an explorer making a video might not think about – people ending up losing their jobs."

French climber "spiderman" Alain Robert had more than 100 high-rise climbs behind him before he drew the world's attention scaling the 230-metre Heron Tower last October.

Robert completed his feat unscathed (aside from ending up in court and with a fine afterwards), but police worry about impressionable young copycats.

While most amateurs were unlikely to attempt to free-climb the face of a skyscraper like Robert did, young social media fans copying their YouTube heroes leaping off cranes and bridges and exploring sewers could result in tragedy, Constable Lowe warns.

Some respected UrbEx professionals have already paid the ultimate price. Last June, famed explorer Rebecca Bunting, who was known for photographing abandoned spaces, was swept to her death in a flash flood while she was exploring a Philadelphia storm drain.

Celebrated New York explorer Instagrammer Christopher Serrano, known as "Heavy Minds", was hit and killed in 2016 by an oncoming train as he tried to climb atop a moving carriage to photograph a "subway-surfing" attempt.

PC Lowe says there have been efforts in the UK to counter the risk of tragedy repeating here. He has spoken to business leaders who have been in talks with YouTube and are looking at asking the Information Commissioner's Office to rip down videos showing dangerous stunts or emergency services being taunted.

He said he was aware of cases where YouTube had pulled content for those reasons already.
Community protection notices, criminal behaviour orders, aggressive trespass, criminal charges and injunctions are already being used by authorities to target explorers, he adds.

The owners of the Shard and the developers of the Shell Centre at Waterloo are among those who have obtained injunctions.

With plenty of crime to solve in the capital, PC Lowe is quick to point out it's not a fulltime job: he might only issue a dozen warnings about UrbEx in the Square Mile a year.

But he says police UK-wide are finding themselves needing to spend precious time investigating and preventing disruption from the issue, noting there are also Met and Surrey officers now specialising in UrbEx investigations.

Abroad, UrbEx enthusiasts can find fewer rules. Some building owners even give their blessing for professionals to stunt and film at their sites, such as in Dubai, where some of the world's tallest skyscrapers are found.