Two teenagers who threatened staff at an Elephant & Castle estate agent's office with a hunting knife and stole their phones have been sentenced to a total of eight years in custody. 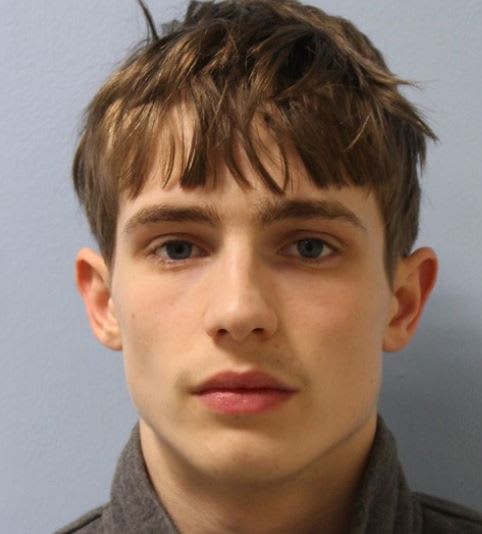 Two teenagers who committed violent robberies have been sentenced to a total of eight years in custody.

Both defendants were sentenced at Inner London Crown Court on Monday 13 May.

18-year-old Frankie Batchelor from Lucey Way, Bermondsey was sentenced to five years' detention in a young offender institution, for three counts of robbery, attempted robbery, three counts of attempted theft, taking a motor vehicle without consent (moped); two counts of driving with no insurance, two counts of driving not in accordance to licence, criminal damage, handling stolen goods, aggravated vehicle taking and possession of an offensive weapon, namely an axe.

A 16-year-old boy from Walworth – who can't be named for legal reasons – pleaded guilty and was sentenced to three years' in a young offender institution, for two counts of robbery, two counts of theft, attempted robbery, attempted theft, breach of a Criminal Behaviour Order, and taking a motor vehicle without consent.

On Saturday 4 August at 3.30am on Crawford Street in Marylebone, Batchelor (pillion) and an unidentified accomplice on a stolen moped rode up to five people in a car.
Batchelor drew an axe from his backpack, which he swung at them, demanding their possessions. Some of the passengers fled from the vehicle, but others were held captive inside until a watch and mobile phone were handed over. A deep gouge was made to the car by Batchelor.

At 4.30am local officers spotted the moped being ridden. The officers pursued the moped which went on to contravene red traffic lights and took bends at such high speeds that sparks were seen.

The unknown moped driver left Batchelor on the floor with a leg injury and ran off.
They are still to be identified and enquiries are ongoing.

Batchelor's backpack containing the axe and stolen mobile phone was seized. A stolen watch was found in his jacket pocket.

Batchelor was taken to hospital and was later arrested for driving offences. At this stage he had not been linked to the robbery. He remained in hospital for approximately a month.

The Operation Venice Investigation team took over the investigation into the robbery and obtained CCTV of the 4 August robbery which identified Batchelor.

After leaving hospital in September, Batchelor was interviewed for the driving offences before being released under investigation.

Then Batchelor, with an accomplice – the 16-year-old – carried out further offences starting on 3 January:

At 4.52pm Batchelor (driving) and the 16-year-old on another stolen moped approached the Chase Evans estate agents in St Gabriel Walk next to the Metropolitan Tabernacle at Elephant & Castle.

The 16-year-old entered the front office, producing a hunting knife. The three employees fled and hid in a rear room. When they returned, the 16-year-old was gone and so were their mobile phones.

Minutes later at 5.06pm, the 16-year-old approached two men who were using laptops at a cafe on New Bridge Street, just north of Blackfriars Bridge.

The 16-year-old attempted to grab one of the laptops but failed. He then produced a large hunting knife and the other male victim handed over his laptop. The pair fled the scene.

On 4 January, the Operation Venice Investigation Team obtained CCTV from the estate agent. Both suspects were identified from facial images, but also because of Batchelor's limp.

Officers then went to Batchelor's home address in Lucey Way to arrest him and the 16-year-old.

In the meantime, at 12.58pm on Tooley Street, the pair snatched a mobile phone from a person as they rode past.

At 1.16pm, on Valentine Place, Southwark they tried to snatch a mobile phone from a person as they rode past, but were unsuccessful.

At 1.20pm on Great Suffolk Street they snatched a person's iPhone.

At 2pm police found the moped parked up at Lucey Way. They then saw Batchelor and the 16-year-old coming towards the moped.

The 16-year-old walked straight into officers. Batchelor attempted to hide in a doorway but was seen. Both were arrested for the robberies committed on 3 and 4 January.

On 5 January, Batchelor was further arrested and charged for all offences, as above.

The 16-year-old was also charged with the offences on 3 and 4 January.

A number of items were recovered during a search of Batchelor's home address which included clothing matching those worn during the offences and a hunting knife.

"These two violent offenders were a menace to the London public. In their brazen crime spree they used intimidation and violence to threaten, rob and steal from people going about their daily lives.

"They had a total disregard for their own safety and that of others. The put people's lives at risk by recklessly causing a collision with a police car that has left Batchelor with a permanent leg injury, but could have been something far worse for all concerned.

"However, the tenacity of the Venice team led to the capture of the evidence needed to obtain their conviction and this sentence.

"Operation Venice will stop at nothing to bring to justice criminals who rob people, and will use every legal tactic at our disposal, including tactical contact to do so."

Anyone with information should call local police on 101 or Crimestoppers anonymously on 0800 555 111.