Dean of Southwark takes to Thames in revival of Bankside custom

Dean Colin Slee has sailed up the Thames with several representatives of the cathedral congregation as part of Beating the Bounds of the parish. 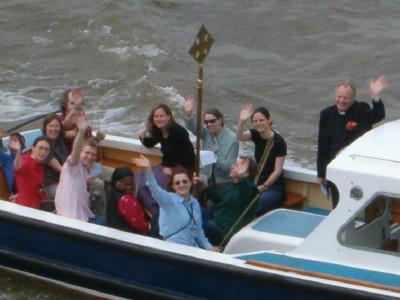 The ancient Rogation Sunday custom, once an annual event in Southwark, involves visting the parish boundary stones and praying for those living and working within the parish.

The northern boundary of the cathedral's parish runs along the middle of the River Thames. The boat sailed upstream from Hay's Wharf to Bankside Pier pausing opposite the cathedral to allow passengers to lean over the side and beat the water. 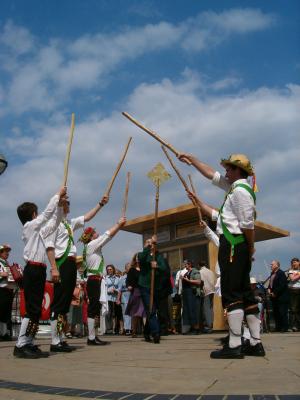 The party was welcomed ashore by members of the Woodside Morris Men from Watford who formed an arch with their dance sticks. 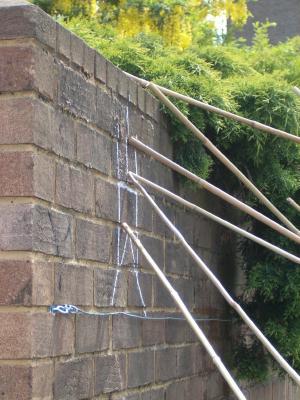 The now swollen party beat chalked boundary marks in the traditional manner at fourteen places along the inland boundary. 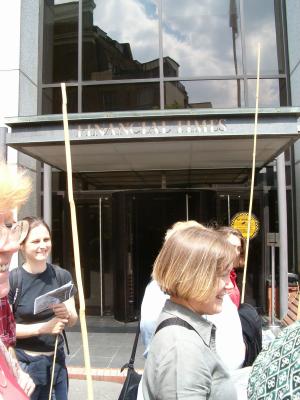 Tracing the boundary outside the FT

Chalked marks have been left outside Tate Modern, the Financial Times, the Anchor and Guy's Hospital. There was also a stop at Crossbones Graveyard in Union Street. The final mark is in Hay's Galleria near the start. 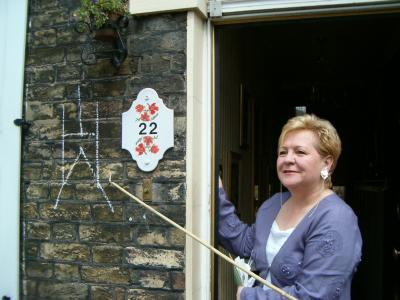 Maureen Lynch has a mark on her house at the boundary

The procession, led by a cross, took 90 minutes to circle the parish. At each stop prayers were said by Canon Pastor Bruce Saunders for residents, workers, school children and medical students. There were also prayers for those affected by change in the area. 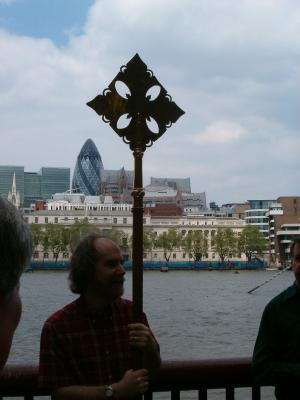 A final prayer at Hay's Galleria

It is intended that Beating the Bounds will again be an annual event for parishioners and in 2005 there will be the opportunity to beat the bounds of an enlarged parish boundary which will reach south to Union Street.

• On Thursday 20 May Ascension Day will be celebrated at Southwark Cathedral with the traditional outdoor singing from the top of the tower at 7.30am.