Detectives are appealing for the victim of an assault to come forward and contact them. 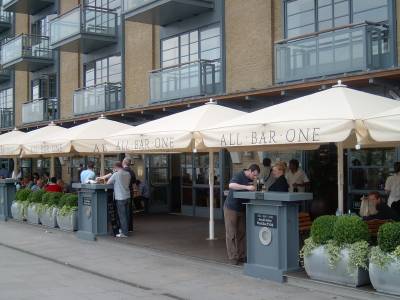 Police were called at about 9.30pm on Thursday 4 July to reports that a man had been struck with a glass during an altercation at All Bar One on Shad Thames at Butler's Wharf.

Officers attended but the victim left prior to their arrival.

The victim is described as a tall white man, aged in his 30s or 40s and of medium build. It is believed that he might be a French national.

Detective Constable Richard Peregrine, from the CID based in Southwark, said: "I would urge the victim to speak with us so that we can progress this investigation.

"Eyewitnesses stated that he sustained a head injury but we have been unable to confirm whether he has received appropriate medical treatment. It is important that we establish that he is okay."

A 37-year-old man was arrested at the scene on suspicion of causing grievous bodily harm. He was taken to a south London police station and subsequently released under investigation.

Officers are asking the victim, or anyone who knows his identity, to contact them on 101 or via 101 quoting reference CAD 8768/4Jul.