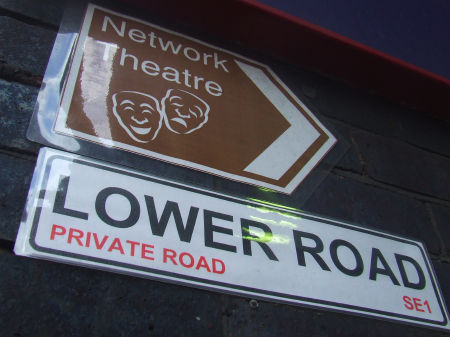 The Network Theatre - formerly the New Arch Theatre - is tucked away deep below Waterloo station.

It's a private members club, licensed for regulated entertainment and the sale of alcohol to members and their guests.

The Network Theatre Company was originally founded as the Southern Railway Dramatic Society in 1939 and has been going strong ever since.

The company produces a wide range of theatre from classic plays to new writing, from comedy to cry-your-eyes-out, mixed media and musicals.

Recent productions have also been seen at the Edinburgh Fringe Festival, The Rosemary Branch in Islington and the Prague Fringe Festival. Network Theatre also organises social events, workshops and play readings, so it's a great way of meeting new friends and keeping in touch with old ones.

The company welcomes new members - performers, directors, backstage team (e.g. costume, props, lighting, sound, stage crew) and people willing to help out with the box office and bar. It's a friendly and relaxed group; there are no nerve-wracking auditions in order to join.