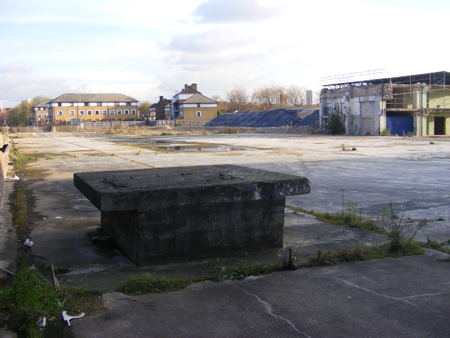 Thames Water, in conjunction with St James Group (part of the Berkeley Group), has bought land at Chambers Wharf to ensure it can be considered as a key construction site for the Thames Tunnel.

The land can now be considered as a potential alternative to using King's Stairs Gardens in Rotherhithe – one of Thames Water's preferred shaft sites.

Chambers Wharf's previous owners had secured planning permission to develop it for housing.

As construction work had been expected to start in summer 2010, this meant Thames Water had discounted it as a possible site after it was agreed with the 14 potentially affected local authorities that the Thames Tunnel's construction should not involve demolishing housing.

The project is urgently needed to help tackle the 39 million tonnes of untreated sewage which overflows into the River Thames in an average year, when London's Victorian sewerage network becomes overloaded.

"As a result, and due to the fact Chambers Wharf previously had to be discounted from our proposals, we could only present people in the Bermondsey area with one option for their comments during the first phase of our public consultation.

"When Chambers Wharf came up for sale, we had to act quickly to ensure we could consider the land in detail as a potential site. It is vital that we keep our options open.

"I must stress that this does not mean we will definitely use it, or that we have discounted King's Stairs Gardens.

"There is still a lot more work to be done, including further discussions with local communities, before we make any final decisions about the construction sites we need. Should Chambers Wharf prove not to be a suitable site for construction, we have the option to sell it.

"First and foremost, we must now listen to the views of local Chambers Wharf people on this unexpected change of circumstances."

Thames Water has arranged two drop-in sessions so local people can find out more and raise any concerns with the project team.

Phil Stride continued: "Before our next stage of consultation, due to start this September, we will be conducting detailed technical studies to assess the suitability of the Chambers Wharf site, similar to those already in hand for King's Stairs Gardens.

"Our challenge is to ensure we meet the environmental objectives of the scheme at a cost affordable for our customers, while also keeping disruption to a minimum."