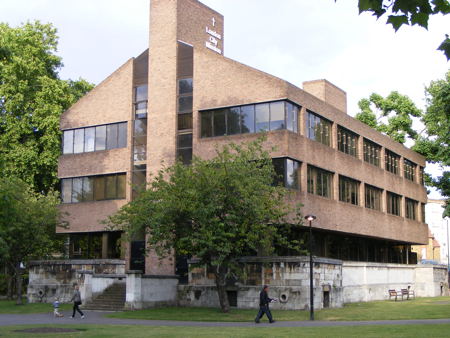 Although only twelve were built lawyer Peter Dodge has devised a tercentenary walk for the actual anniversary on Sunday 12 June.

The most famous example is Christ Church Spitalfields by architect Nicholas Hawksmoor. It was completed just as his other church was rising in Bermondsey.

St John's Horsleydown, built between 1727 and 1733, was partly demolished due to World War II bombing but its grade II listed plinth remains with the London City Mission offices built on top in St John's Churchyard between Tooley Street and Druid Street.

The walk, which can be enjoyed at any time, takes in the remnant of St John's between St Nicholas Deptford and St Mary Woolnoth in the City.

The limited edition walk guide has the appearance of an 18th-century pamphlet with street names as they were in 1711. Copies (£2.75 plus p&p) are available from www.1711walk.org