A Story of Waterloo 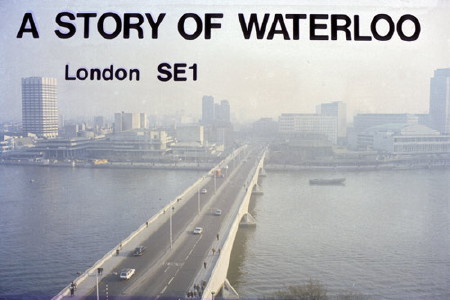 Learn about the history of the area from Roman times up to the beginning of the Second World War.

Based, from 1900, on residents' and local workers' recorded memories of life in the area.

Originally made by Mike Bruce in the 1970s as a tape slide show, it has been adapted for current technology with the help of Jack Thurston who made 'The Lambeth Estate: A Village on a Street'.

This is the first chance in many years to see the whole thing, including the fourth and final part.

The screening will be preceded by the (very brief) annual general meeting of the Association of Waterloo Groups.