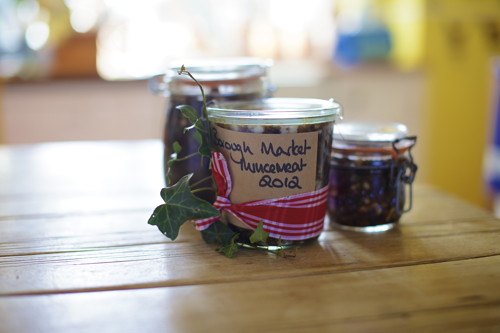 Borough Market will be putting the 'mince' back into 'mincemeat' on by using a traditional Elizabethan recipe to make a giant mince tart mixture with added beef (literally).

Taking a traditional Elizabethan based recipe, Borough Market trader 'Bread Ahead' will create what's sure to be London's largest mince tart mixture using some ingredients you'd expect and one in particular you might not, lots of fantastic British Beef.

"These days most mince tarts contain absolutely no meat," said Matt Jones from Bread Ahead said:

"What I love about this tart is its traditional values. An Elizabethan mince tart filled with meat may seem unusual, but it's not some quirky joke – it's a dish with genuine depth and flavour"

As well as the mincemeat tart you will find plenty of festive treats on offer including Christmas Pudding Fudge from Whirld, mulled cider from New Forest Cider, gluten free Christmas cake from The Free From Bakehouse and a traditional hog roast are just some of what's on offer from Borough Market's traders.

There will also be plenty of Elizabethan-inspired merriment, accompanied by seasonal music and song.