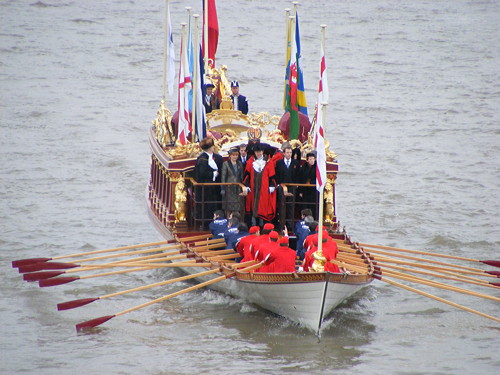 A number of traditional rowing cutters, including the royal row barge Gloriana, will be rowed from Hampton Court Palace to the Tower of London.

The vessels are expected to pass Putney at about 3pm and reach the Tower of London for 4pm.

During the Tudor Pull the Gloriana is accompanied by traditional oar powered watermen's cutters belonging to the livery companies of the City of London dressed in their full company regalia, the Royal Shallop The Jubilant, the Watermen's Shallop Lady Mayoress and by other craft from rowing clubs who preserve the sport of fixed seat rowing on the River Thames.

The event promotes the use of the River Thames and commemorates the events of 1256 when Queen Eleanor's royal barge sank under the old
London Bridge with the loss of one of her courtiers.