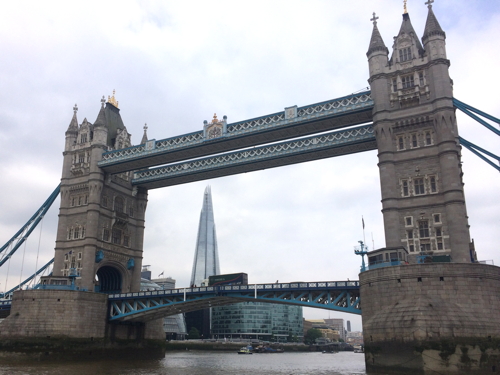 The Tower Bridge Exhibition is celebrating the 120th anniversary of the official opening of the bridge by admitting visitors to the high-level walkways for just £1.20.

Tower Bridge was officially opened on 30 June 1894 by the Prince of Wales (later King Edward VII). The report of the ceremony in The Times on 2 July 1894 said: "Under a cloudless sky and as part of a pageant which delighted tens of thousands of people, the new Tower-bridge, which deserves to be reckoned among the greatest engineering triumphs of the Victorian age, was declared open for traffic by land and water by the Prince of Wales with every circumstance of pomp and splendour."

Each visitor taking advantage of the special offer will receive a souvenir ticket which replicates the design of the invitation to the 1894 opening ceremony and can purchase a limited edition commemorative pin badge.