75th Anniversary of the Bombing of St Thomas' Hospital 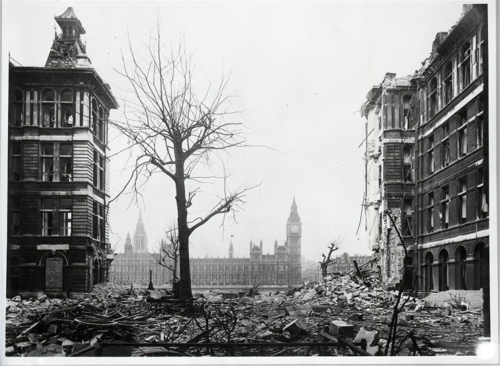 Part of St Thomas' Hospital was destroyed in an air raid on 9 September 1940.

St Thomas' Hospital will mark the 75th anniversary with a short service in the hospital garden (opposite the Houses of Parliament).

The service is open for all to attend, particularly local people who were born during the Second World War, or whose relatives were treated at Guy's or St Thomas' during the war.

Despite extensive bomb damage, both Guy's Hospital and St Thomas' Hospital remained open throughout the war, treating casualties from across London.

Incredibly, no patients were killed by the bombing of the hospitals, but 10 members of staff lost their lives at St Thomas'.