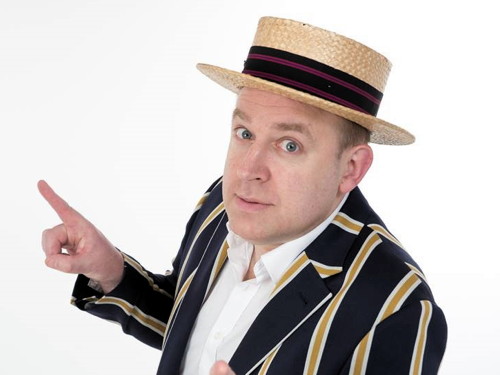 Tim, star of stage, radio and screen, will spend the evening sharing his latest routine along with his famed one-liners.

He's won numerous accolades for his jokes including the 2014 'Best Joke of the Fringe' at the Edinburgh Fringe with "I've decided to sell my Hoover… well, it was just collecting dust" and the same award in 2010 with the line "I've just been on a once-in-a-lifetime holiday. I'll tell you what, never again."

Tim is the first comedian to have won this award twice. He has also held the world record for the fastest number of jokes told in an hour for over 10 years having told 499 jokes, without cue cards, in October 2004.

Tim's a regular at the Edinburgh Fringe as well as appearing on TV shows like sitcom 'Not Going Out' as well as hosting 'The Tim Vine Chat Show' on Radio 4.

Doors will be open from 6.30pm and there will be a bar serving refreshments.

Tim's support act will be on stage at 7.30pm, and there will also be a short interval as part of the evening.