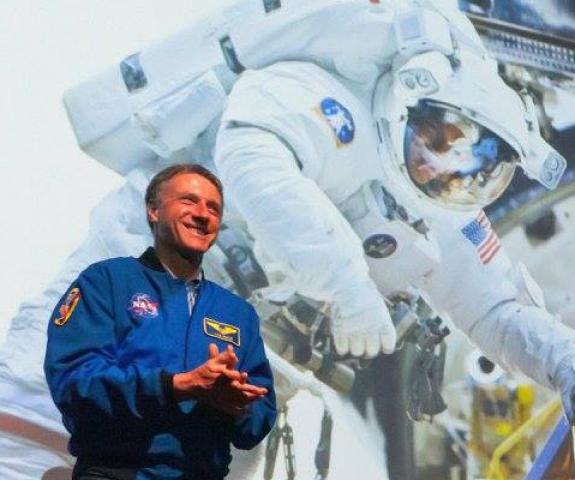 Join Pint of Science for this special event commemorating the 20th anniversary of the worst collision in the history of spaceflight.

Former NASA astronaut Michael Foale will recount the thrilling story of what happened when he was on board the Russian Mir space station and was hit by an unmanned supply vessel.

Dr Michael Foale, CBE, PhD, is a truly remarkable astronaut. Mike has flown on six Space Shuttle missions, a Soyuz and commanded the International Space Stations. As well as saving the Mir space station, he was the first Briton to perform a space walk, during which he saved the Hubble Space Telescope. Testament to these achievements, Michael has just joined the NASA Astronaut Hall of Fame Class of 2017 at the Kennedy Space Center.

The event will be hosted by Chris Barber, Director of the International Space School Educational Trust (ISSET) and Founder of the Mission Discovery programmes.

This event is suitable for all ages including children.