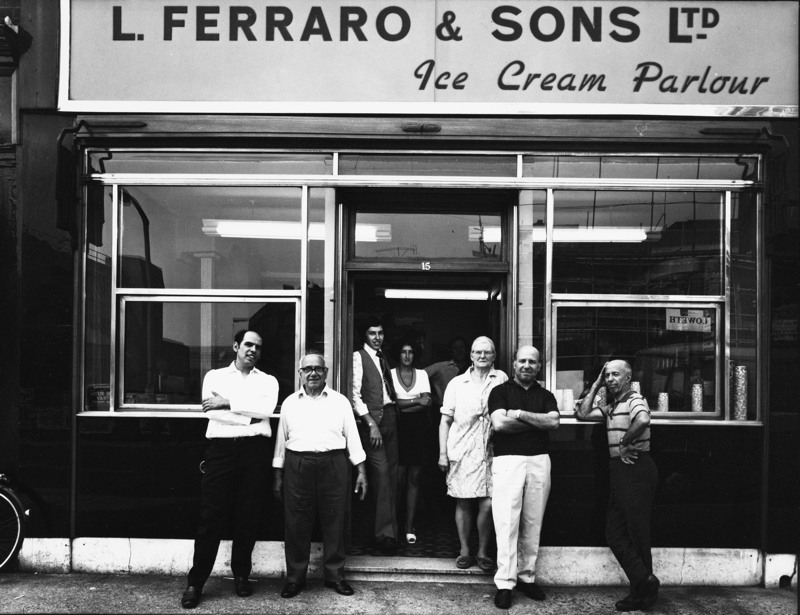 A remarkable set of recently-discovered archival photographs of an SE1 street from 1975 are exhibited alongside images of the same thoroughfare in 1904 and 2019.

The images document the business owners of Elephant & Castle's London Road stood proudly in front of their shop fronts in 1975.

In 1975, London Road had a range of homes and independent businesses: pubs, bookshops, a cash and carry, an ice cream parlour, cafes, ironmongers and newsagents.

There were no chain stores like Woolworths, Comet and Dewhurst that, at the time, were becoming a fixture on the British high street.

The historic photographs were discovered in the Archives and Special Collections Centre at London College of Communication, which has been based at the Elephant & Castle junction since 1962.

The photos were taken as part of a project by lecturer Bruce Rae and student Mick Hales, back when the College was still known as London College of Printing.

The images from 1975 will be displayed alongside photographs of London Road in 1904, which were originally made as a record for surveyors building the Northern Line extension, and which were the inspiration for Rae's project.

The 1904 series was made by Ernest Miller, one of several surveyors photographing the road following the opening of the Northern Line. But his survey images had the accidental effect of recording and documenting the businesses (and occasionally people) on the road of the time.

The exhibition brings together these historic documentations of London Road with contemporary colour photographs of London Road today, taken by photographer, and co-curator of the London College of Communication History Project, Robin Christian.