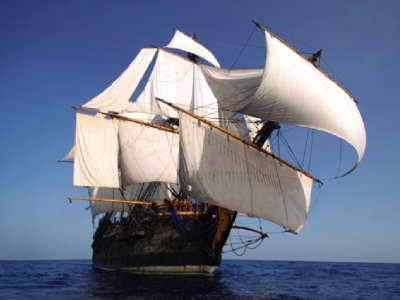 1.30pm: Start of public celebrations at More London Riverside and Tower of London quayside. Jazz band will be playing and characters in 18th century dress will be describing the ship.

2pm: Tower Bridge opens. The Gotheborg, with flags flying, sails under bridge and fires all her cannon to salute London. HMS Belfast will fire her guns in return, saluting her arrival, and welcoming Gotheborg on behalf of London.

Gotheborg will sail to London Bridge, and drop anchor in the Thames.

On More London Riverside and Tower of London quayside entertainment will continue including a detailed description of what is going on and the historical significance of the ship.

NB: Tower Bridge is also due to lift at 5.25pm for the arrival of HMS Exeter.