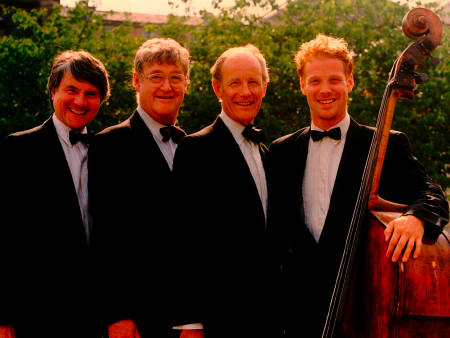 Fresh from the Edinburgh festival, Instant Sunshine - a comedy cabaret quartet - will be performing their fourth concert in aid of Tommy's, the baby charity at The Old Vic.

The group was formed in 1967, when the cabaret hired for the St Thomas' Hospital New Year's Eve Ball was struck down by gastro-enteritis. Musicians Peter Christie, David Barlow and Alan Maryon-Davis heroically stepped into the breach to form Instant Sunshine.

Later joined by double-bass player Tom Barlow, they have performed concerts worldwide, in private for the Royal Family and had a long-running weekly slot on Radio 4's 'Stop the Week' programme. They have been brightening up audiences' lives for forty years now with their brilliantly crafted comic songs affectionately mocking the British way of life.