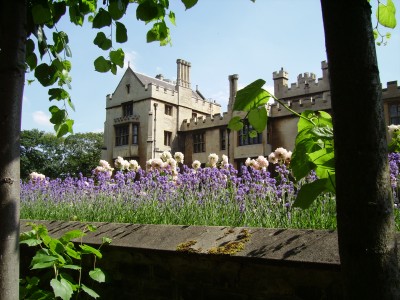 Lambeth Palace has one of the oldest and largest private gardens in London. The site has been occupied by the Archbishops of Canterbury since the end of the 12th century.

The garden today is used as a resource for community groups, including schools and churches, local charities and the Archbishop's charities.

Tea and biscuits, souvenirs and garden honey will be on sale.

The grounds include formal courtyards with an historic 'White Marseilles' fig (originally planted by the last Roman Catholic Archbishop, Cardinal Pole, in 1555).

A parkland-style garden has copper beech, a black walnut planted by Queen Mary, tulip trees, mulberries, woodland and native planting, a pond and a hornbeam allee.

Lambeth Palace is owned by the Church Commissioners for England. The garden is maintained by two full-time gardeners, one part-time gardener and 10 part-time volunteer gardeners.