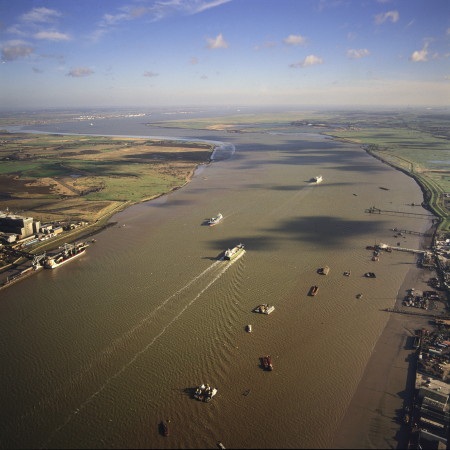 Visitors to Tower Bridge have the chance to travel the full 215 miles of the River Thames in just 200 feet when they visit this photographic exhibition.

30 large-scale contemporary photographs of the most significant villages, towns, structures and activities along the River Thames will be displayed in the West Walkway of Tower Bridge.

This pictorial trip down the river provides visitors with a unique insight into the important role the river plays in tourism, conservation and industry, from the peaceful picturesque villages to the commercial engine room of Canary Wharf and the City at the heart of the nation's economy.

Photographers featured in the exhibition include professional environmental photographer Ronnie Israel, who has established himself as one of the foremost photographers of the River Thames and Docklands redevelopment, and Last Refuge Ltd, a small company dedicated to the support of endangered environments and species in our changing world, through films, images and research. Also featured are Jil Orpen, Jaap Oepkes and Heather Hooks.

This fascinating journey starts at the source of the river, Thames Head near Cirencester, where a small pile of stones is the only clue to the magnitude of this location, and ends in the open waters of the Thames Estuary and the triffid-like structures of the WWII Maunsell Sea Forts.

Along the way, the exhibition takes the viewers past a series of spectacular images of places that have a variety of fascinating associations, past and present, with the River Thames.

In contrast to the deep and fast-flowing waters of the river most people associate with the Thames as it cuts through London, the waters just before the picturesque village of Cricklade past Thames Head is only a few inches deep and just six feet wide. Here, Orpen's skills as a photographer document some of the natural aspects of river and surrounding countryside and the relationship between the Thames and people who interact with it.

The exhibition then takes visitors gently downstream to the original market village of Lechdale where the four counties of Gloucestershire, Oxfordshire, Wiltshire and Berkshire meet. Here, the statue of Old Father Thames marks the spot where the river's role in commerce began as a loading point for goods en-route to London.

As the river meanders through the countryside the exhibition takes in Oxford, the city of dreaming spires where the romantic allure of punting on the Thames draws the crowds; Mapledurham which boasts the river's oldest working mill and is the fictional home of Soames Forsyte and Mr Toad; Henley, world-famous for its Regatta and association with rowing, and on through Cookham to the majesty of Windsor.

As the river becomes wider and deeper on its journey through the City towards the estuary, Israel's stunning photographs focus on the increasing size and stature of the buildings and activities that the Thames supports. The Houses of Parliament and Battersea's iconic Power Station are amongst the significant structures lining the riverbanks that are displayed in glorious detail in Israel's dramatic photographs.

The changing role of the river in industry and trade can be tracked from the images of the Pool of London, the working docks, the Isle of Dogs and Canary Wharf, now the focus of the UK's world trading operation.

By the time the river reaches the Thames Barrier it expands to one mile wide as it sweeps onwards and under the Queen Elizabeth II Bridge, past vast areas of factories and refineries on its way to the open sea. A magnificent image of a large ocean liner being guided into Tilbury Docks by tugs illustrates the massive scale of the mouth of the river.

This watery journey ends with two striking images, an aerial view of the Thames Estuary and Israel's beautiful image of the four World War II Maunsell Sea Forts, constructed in 1942 to protect against German air raids - a powerful symbol of the importance of the River Thames as the gateway to the nation.