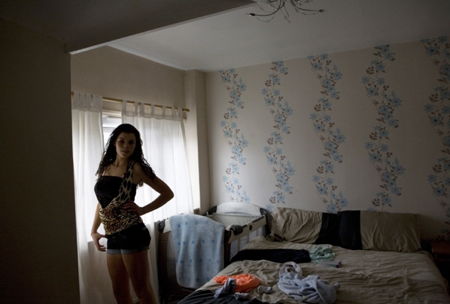 Kirstine Fryd has spent the past year documenting Irish Travellers. In March 2009, she knocked on several doors on various settlements in South London. One family opened their door and invited her in. Since then, she has stayed with them on multiple occasions and joined them on many family celebrations, allowing her a glimpse into this elusive yet rich, vibrant and colourful culture.

The photographs in this exhibition explore the joys and challenges of Traveller life even as the familiar world around them continues to change. Poignant moments captured on film offer rare glimpses into Traveller vulnerability and silence.

Irish Travellers have been part of British society for many centuries, but are still a highly excluded minority. They often hide their identity in order to avoid discrimination. The estimated number of Travellers in the UK is 200,000.