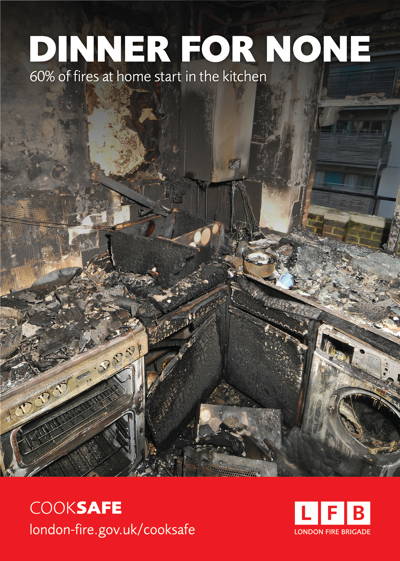 Firefighters, along with a top chef, will show shoppers how to sizzle safely.

In a bid to reduce the number of fires in kitchens, London Fire Brigade is launching its first ever kitchen fire safety campaign this week.

The brigade is highighting the fire risks associated with kitchens and has has produced 'Recipes for Disaster', a booklet which highlights just how easily kitchen fires can start.

Kitchen fires account for more than 60 per cent of fires in peopleâ€™s homes. In the last five years there were over 17,500 fires in London kitchens, causing over 2600 injuries and 24 deaths.

Nearly one in three of these fires is started by a young professional, a fact that surprises Andy Hickmott, London Fire Brigadeâ€™s Assistant Commissioner for Community Safety, who said: "People often think that serious fires only happen to vulnerable people but that isn't always the case.

"I think, with young professionals more than others, there's an attitude that it won't happen to me. But our latest figures speak for themselves â€“ it can happen and it has to thousands of Londoners."