Southwark Supertram back on the agenda

The promoters of a plan to build a privately funded tram route linking Camberwell with London Bridge via the Elephant & Castle have once again urged Southwark Council to help them take the scheme forward. 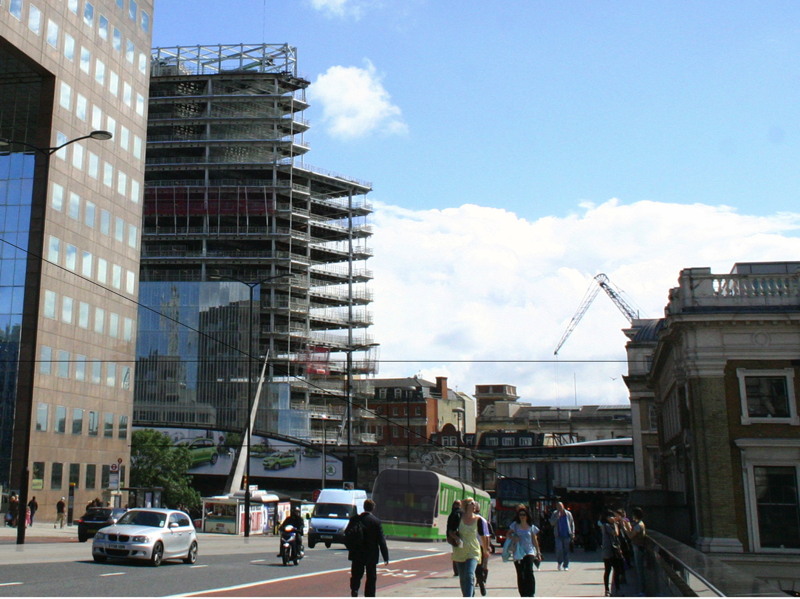 Image produced in 2012 showing the tram terminus at London Bridge 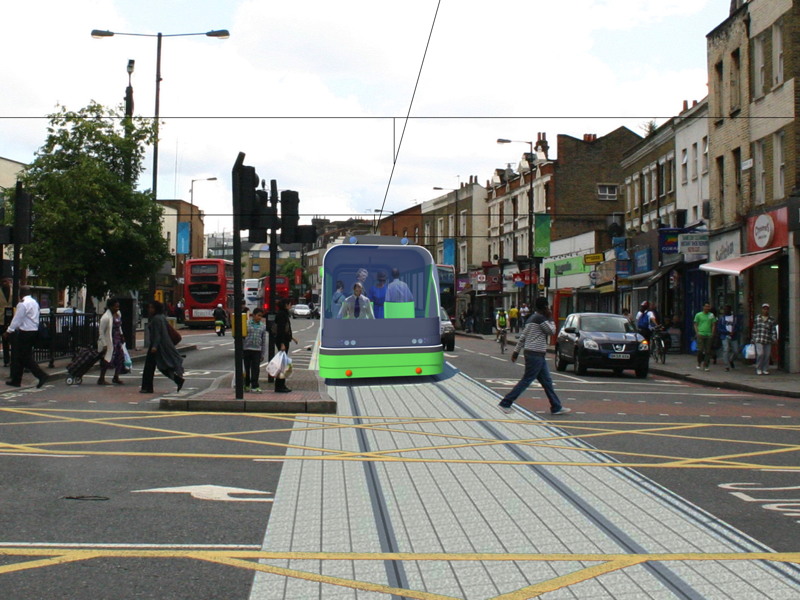 How the tram could look at Camberwell Green

We first reported on the Southwark Supertram in 2012 when Professor Lewis Lesley, founder of Tram Power, launched the proposal in the wake of then Mayor Boris Johnson's decision to axe the Transport for London-backed Cross River Tram scheme.

Back in 2012 the Supertram got a frosty response from Southwark Labour, but this week Tram Power returned to the borough to present its ideas in a deputation to the council's cabinet.

Architect Milan Babic told the cabinet that there are "interested parties waiting in the wings" to provide financial backing for the scheme.

Tram Power wants the council to broker meetings with the Greater London Authority.

If built, the tram service would link Camberwell Green with London Bridge in less than 20 minutes.

Tram Power would like to use the old Walworth tram depot near Camberwell Green – currently used as a bus garage by Abellio London – as its depot.

Cabinet members quizzed the Tram Power deputation about the impact of the scheme on traffic and local businesses.

"We are well aware that people will be anxious," said Prof Lesley, who said that Tram Power has developed a less intrusive method of laying tram tracks than traditional construction.

Tram Power claims to be just weeks away from starting construction on its £25 million tramway in Preston, Lancashire.