A public inquiry into plans to redevelop a 1930s Waterloo housing estate formerly owned by the Church Commissioners has been cut short after developer Grainger reached an eleventh-hour deal with Lambeth Council. 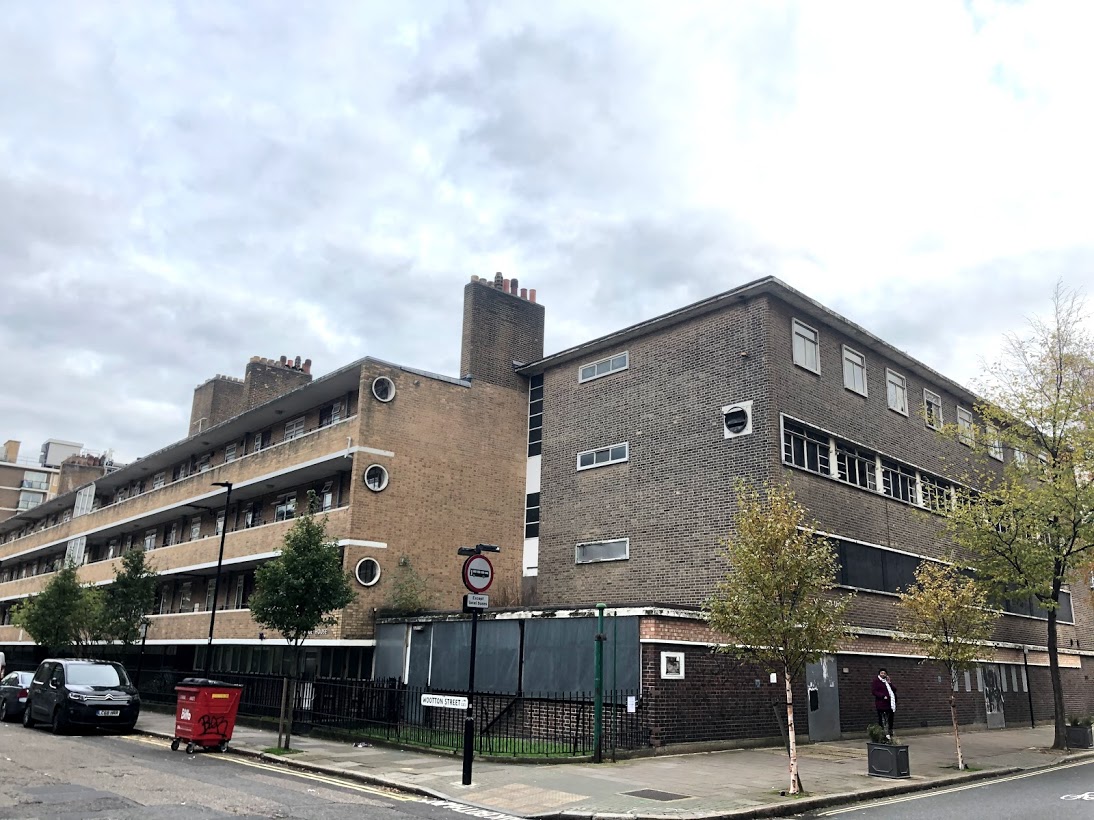 Planning inspector Kenneth Stone opened his inquiry into the 'OCCC Estate' development on Tuesday morning expecting to hear four days of evidence in the Benn Library in Stockwell.

But Grainger's barrister Russell Harris QC revealed that the parties had been negotiating on Monday night and had reached agreement on changes to the affordable housing provision, reducing the number of homes to be let at discounted rents from 40 to 36 but setting lower – more affordable – rent levels.

Grainger bought the buildings it now dubs as the 'OCCC Estate' in 2005 as part of a £70 million deal with the Church Commissioners.

The sale of the church-owned flats, occupied by protected tenants on low rents, was highly controversial at the time and was opposed by local residents, clergy and politicians.

The estate – comprising Ospringe House, Croydon House, Charing House, Cornwall Flats and Ethelm House – was opened in June 1939 by Archbishop of Canterbury Cosmo Gordon Lang. A plaque recording his visit can still be seen above the boarded-up entrance of Ethelm House.

Grainger hired Lifschutz Davidson Sandilands to draw up proposals to replace the existing 69 homes with 215 build-to-rent flats in new buildings ranging from 7 to 12 storeys in height.

A report on the scheme appeared on the agenda of a Lambeth Council planning applications committee in 2017 but the item was deferred without being considered at the meeting.

Grainger lodged an appeal on the grounds that Lambeth had failed to make a decision on the planning application within the statutory timescale.

The developer also alleged that it had been told by Lambeth officers that "there is insufficient affordable housing to be acceptable politically".

Although Grainger and Lambeth have now settled their differences, a final decision on the scheme remains in the hands of the planning inspector.

For Grainger, Russell Harris QC told the inquiry that "the estate is presently developed to a density which in this context is close to being criminally wasteful".

He added: "So, the estate represents at the same time a tired and decaying form of development, a socially anachronistic land-use model and also a massive underuse of an important urban site".

Mr Harris said that Grainger had "protected, consulted with, and shaped the new development to reflect, and maintain the rights of, existing tenants and their successors while widening the social mix and character of the site in the round."

He said: "The fact that all the existing protected tenants have chosen to take the journey with the new development says much about the care taken by Grainger and about the quality of the new environment."

For Lambeth Council, barrister Heather Sargent told the inquiry that "the council acknowledges that the proposed scheme delivers a number of benefits, including a significant uplift in new homes, providing new accommodation for the existing protected tenants and delivery affordable housing at genuinely affordable rents".

"I have never – in all the years I have lived in Waterloo – known anything where there has been so much really useful consultation," Mr Tuppen told the inspector.