Former CofE housing in Waterloo to be knocked down

A small housing estate in Waterloo built by the Church of England in the 1930s is to be demolished and redeveloped under plans revealed last week. 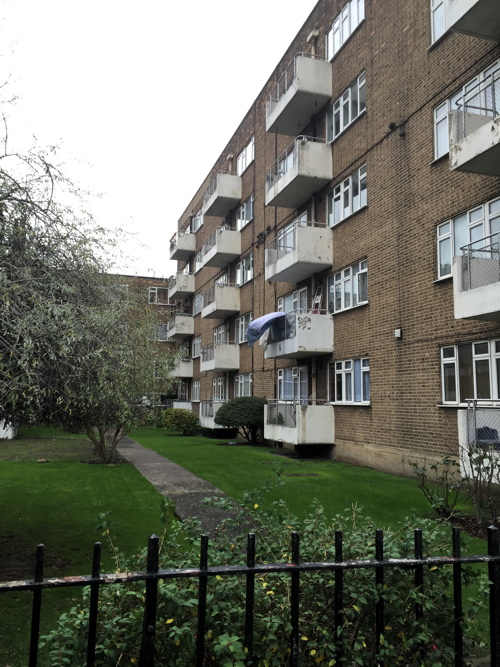 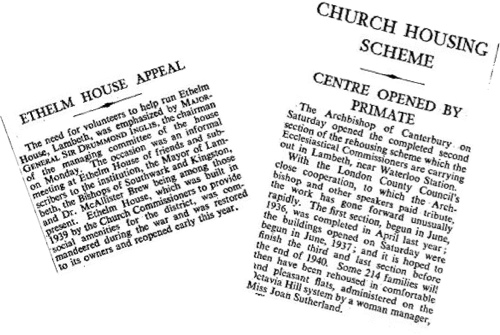 Grainger – which bought hundreds of homes in Waterloo from the Church Commissioners a decade ago – has announced that it plans to demolish Ospringe House, Croydon House, Charing House and Cornwall Flats, as well as the disused Ethelm House social centre.

The affected blocks around bounded by Cornwall Road to the west, Wootton Street to the north, Windmill Walk to the east and Waterloo Bus Garage to the south.

There are 69 homes in the blocks to be demolished, with 37 occupied by residents with protected tenancies carried over from the Church Commissioners era.

Grainger says it will offer its secure tenants "appropriate options for rehousing, guarantees on rent and bedrooms, assistance for vulnerable and elderly residents and a right to move to a new home in the first phase of the new development".

Around 200 new homes are proposed in the new development designed by Lifschutz Davidson Sandilands. The new building will range in height from 8 to 9 storeys, with a slender tower of around 14 storeys closest to the bus garage.

The new development is described as 'mixed tenure' and is likely to be dominated by homes for rent at market rates.

A planning application is likely to be submitted to Lambeth Council in spring 2016. If approved, work could start in late 2017 or early 2018.

The estate was opened in June 1939 by Archbishop of Canterbury Cosmo Gordon Lang. A plaque recording his visit can still be seen above the boarded-up entrance of Ethelm House.

Ethelm House was commandeered during the war and reopened as a social centre in 1948.

By 1959 Ethelm House hosted clubs for young children, teenagers, adults and old people with a total membership of more than 400.

The Church Commissioners sold the estate in 2005 with Grainger acquiring full ownership in 2011.

Vauxhall MP Kate Hoey accused the Church Commissioners of "putting profit before people" in the sell-off.

• The display boards shown at last week's public exhibition can be found at www.occcrenewal.co.uk