Most of the markings of the Blackfriars Bridge cycle lane were removed early on Thursday morning. TfL has launched a safety audit and has promised to make public the results.

Contractors closed two lanes on the northbound carriageway to remove the recently painted markings of the central cycle lane. 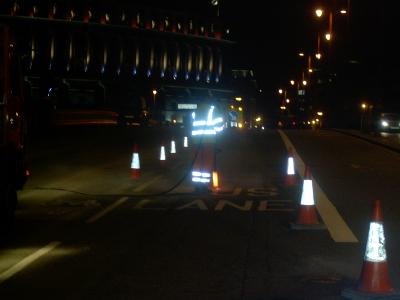 The decision by Transport for London to remove the cycle lane follows the death of cyclist Vicki McCreery in a collision on the bridge earlier this month. 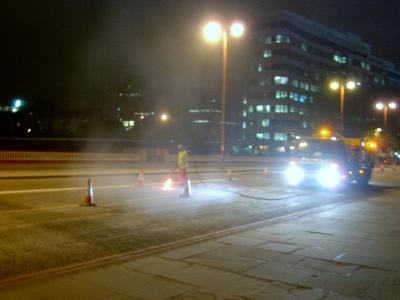 Floral tributes can still be seen on the bridge though the police witness appeal boards have now been removed. 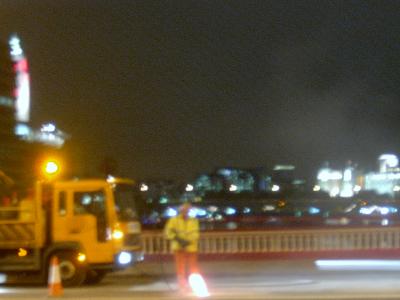 This Friday's Critical Mass cycle ride will visit Blackfriars Bridge to block the traffic in remembrance of McCreery, 37, a senior physiotherapist at St Thomas' Hospital. 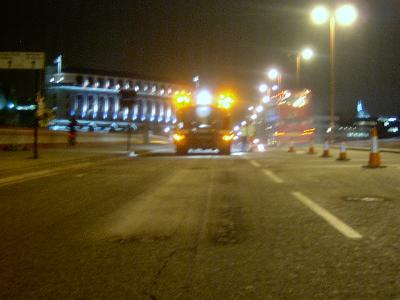 Peter Hendy, TfL's managing director for surface transport, said: "The Mayor asked TfL on Monday for a full investigation of the tragic death of a cyclist last week, and a safety audit of the northbound cycle lane on Blackfriars Bridge is now underway."

He added: "The results of the safety audit will be made public by TfL.

"I understand the bus driver concerned has been interviewed by the police in connection with the accident. I send my condolences to the bereaved."

The remaining markings will be removed on Thursday night/Friday morning.