Southwark councillors will decide on Monday whether to approve Transport for London's redevelopment plans for the land it owns on Southwark Street - and a local residents' group is calling for the site to be dedicated to key worker housing. 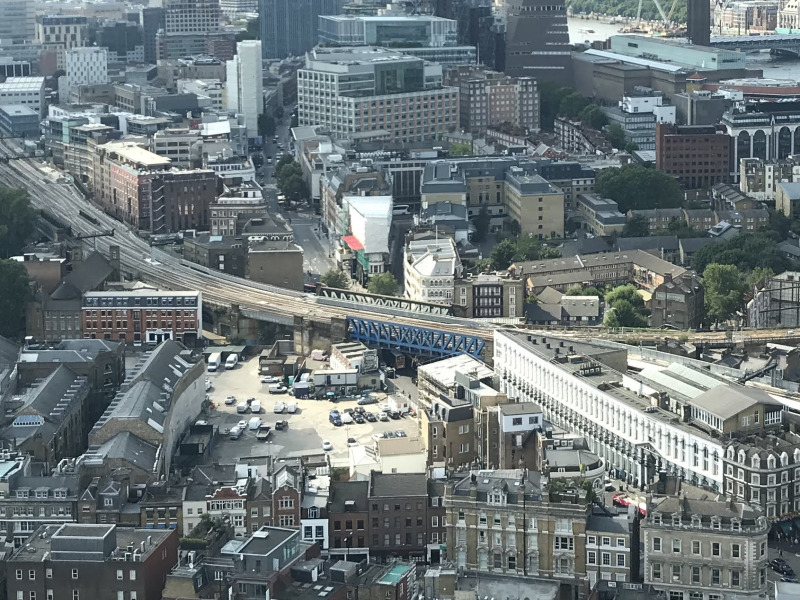 The undeveloped site on Southwark Street and Redcross Way – sometimes described as Landmark Court – has been owned by the capital's transport authorities since it was used as a worksite for the Jubilee line extension more than two decades ago.

TfL has teamed up with developer U+I to draw up a scheme designed by local architects Allies & Morrison featuring offices, shops, cafes and a small number of homes.

As we have previously reported, the site was touted by Sadiq Khan back in 2006 as part of his plan to use public land to help tackle the capital's housing crisis.

A mere 36 homes – 12 of them for social rent and four at London Living Rent – are now proposed for the plot of land where Mr Khan once claimed that 120 homes could be built.

TfL officials told the London Assembly last year that the decision to switch the site from a residential-led scheme to a mixed-use proposal with more offices and fewer homes had been driven by advice from Southwark Council's planning department.

Local residents' organisation Living Bankside has launched a last-ditch attempt to persuade the Mayor of London to increase the number of homes to be made available to key workers.

The group has launched a 'Homes for Key Workers' petition and will be making representations at Monday afternoon's virtual meeting of Southwark's planning committee.

In a letter to planning committee members, Living Bankside executive chair Amir Eden said that the low level of residential provision is "immensely disappointing and shows a lack of will and commitment to alleviating the housing crisis and supporting our key workers – especially given the service they have and are providing to our neighbourhood, city and the nation in this unprecedented crisis".

Mr Eden added: "There is the opportunity to provide something unique in the neighbourhood with greater benefits (social regeneration) to the community. Instead the planning application proposes something for the most part unambitious and not the best use of public land."

The development also has implications for the future of the Crossbones Garden which adjoins the proposed development.

Last autumn London Assembly member Florence Eshalomi presented a petition to the Mayor of London – signed by more than 2,000 people – calling for long-term protection for the graveyard site.

In his response, Sadiq Khan said: "I would like to reassure you of my support for protecting this key heritage, cultural, community and spiritual asset in perpetuity."

He added: "The proposal sets out that the long-term owners of the homes and offices at Landmark Court will be responsible for funding the long-term maintenance and operation of Crossbones Graveyard and Memorial Garden.

"This secures a sustainable and long-term responsibility for funding and management. The proposal also includes offering BOST [Bankside Open Spaces Trust] a longer lease term of 30 years, le to approximately 2050."