Rising Sun: petition launched calling on council to save pub

Plans to demolish the last pub on the Rockingham Estate and replace it with a block of flats have sparked a petition calling on Southwark Council to veto the proposals. 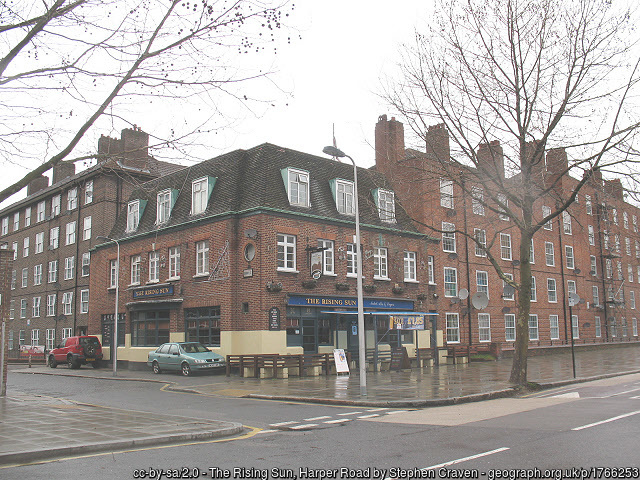 We first reported the threat to the future of The Rising Sun in Harper Road back in May.

Blazeland Ltd – part of Acorn Property Group – applied to Southwark Council for permission to replace the pub with a six-storey block of nine flats.

Now the Walworth Society has launched a petition calling on the council to reject the loss of what they describe as "a friendly hub for the local community".

The petition has already attracted more than 60 signatures.

A letter from the developer's agent Noel Serrano recently published on the planning register hints that council officers have not received the application favourably, and urges them to reconsider their position on the grounds that the number of pubs in walking distance constitutes "sufficient nearby alternative provision to meet the local community's day-to-day needs".

The council's design and conservation team has criticised the proposed block of flats, branding it "generic and not related to its surroundings" – and said that the existing pub is "an attractive building that was specifically designed for its location".

The design officers add: "Its neoclassical style is very much of its time and has some value. However, given previous planning approvals ... its replacement is acceptable in principle."

The pub, which reopened last weekend after lockdown, is a regular darts and music venue.

The Rising Sun is the last remaining pub on the Rockingham Estate which has lost the Royal Standard, the William IV and the Uxbridge Arms in recent years.

For more on the scheme see planning application 20/AP/1374.