Work under way on 10 new council homes in South Bermondsey

Construction is under way on 10 new family-sized council homes in Welsford Street, just south of Thorburn Square in South Bermondsey. 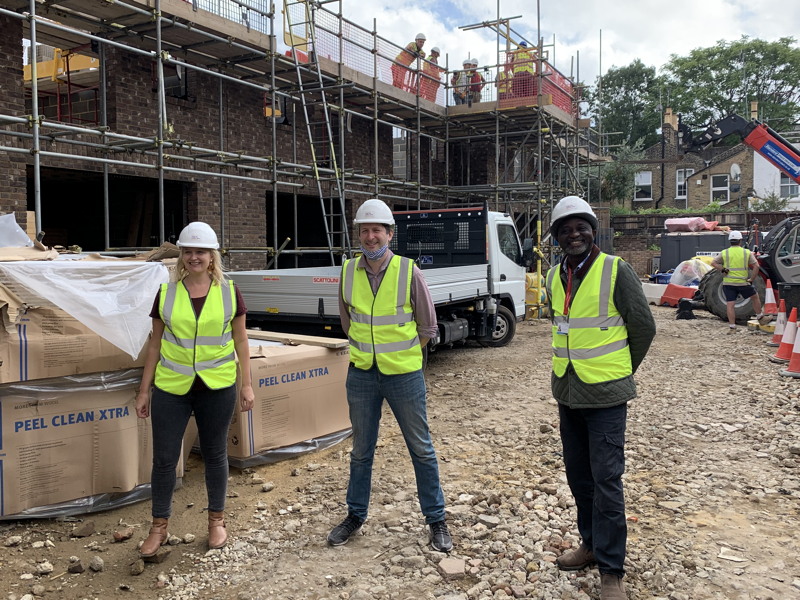 Cllr Leo Pollak, cabinet member for housing, was joined by fellow South Bermondsey councillors to visit the site and see the progress being made.

"These much-needed new council houses will provide high-quality, spacious new homes for local people. I'm grateful to the builders for their efforts to stay on track, and the patience of neighbours living by the site. "

It's at least 14 years since the council first proposed to build new homes on the Welsford Street site.

Back in 2006 it was identified as one of the sites for new homes for residents of the Heygate Estate at Elephant & Castle.

The current plans – as part of Southwark's drive to build thousands of new council homes – have been in the works since 2013.