The newly landscaped Paterson Park near Lynton Road was unveiled on Friday at a ceremony attended by the Mayor of Southwark and local schoolchildren. 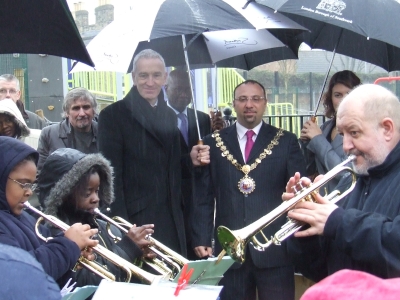 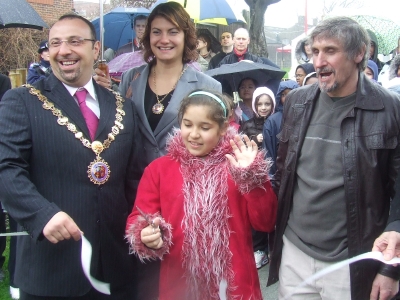 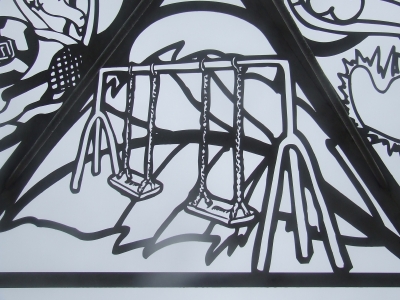 The brass band of nearby Eveline Lowe Primary School played as guests assembled in the rain for the ribbon-cutting ceremony to open the new-look park.

The Mayor of Southwark, Cllr Paul Kyriacou, who is also a ward councillor for South Bermondsey, spoke about the importance attached to the new facilities by local people.

Among the guests at Friday's event was John Drake who, as a young boy, was present at the opening of Paterson Park in 1953 which was carried out by former prime minister Clement Attlee.

Mr Drake, who now lives in Kent but still has family in Bermondsey, told the London SE1 website that he remembered playing on the site of the park before it was opened: "When we were kids we used to play on it as a bombed ruin with great big craters ... we used to ride our little pushbikes and scooters up and down. We used to be in here every day of the week.

"Once the pond froze over enough for us to skate on. There wasn't much chance of drowning – it wasn't that deep!"

Mr Drake is full of praise for the new-look Paterson Park: "It's great. When you consider what we had before this ... it had gone to rack and ruin and now they've rebuilt it. It's got to be good."

The opening ceremony was part of an afternoon of events in the park including a tea dance, activities for children and after-school sports sessions.

The park is named after prison reformer Sir Alec Paterson who lived in Bermondsey and was a major supporter of the boys' club movement. In 1911 he wrote a book called Across the Bridges describing the realities of Bermondsey life.

Paterson Park in 2007 is now much smaller than it was in 1953 as a large portion of the site was given over to the construction of sports facilities for the City of London Academy.

The park hit the headlines in 2002 when the Mayor of London Ken Livingstone directed the refusal of planning permission for the City of London Academy on the grounds that the loss of the green space would set a "dangerous precedent". He was later persuaded to withdraw his objections, describing it as a "very exceptional case".

An attempt by a Lynton Road resident to obtain a judicial review of the planning permission failed, and construction of the academy eventually began in March 2004. Staff and pupils moved in to the new buildings in September 2005. The academy last year won the Prime Minister's Award for Better Public Building.

Part of the final agreement for the construction of the academy on Paterson Park was that the western end of the site should be upgraded and re-landscaped. These works have now been completed.

Other features include a children's play area, ball court and allotments.

The park now has entrances on Monnow Road, Abercorn Way and Welsford Street.