Deputy Prime Minister John Prescott has delivered his long-awaited verdict on the Potters Fields site; but doubts still persist that the towers will ever be built. 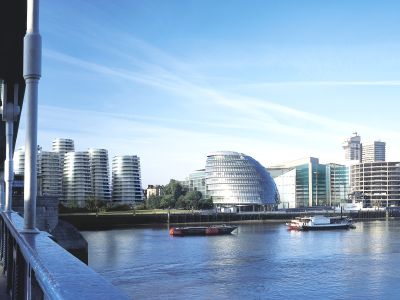 A letter sent this week by the Office of the Deputy Prime Minister to interested parties says that "the Secretary of State has now concluded that
planning permission should be granted as recommended by the Inspector".

Berkeley appealed against the decision, and the site was the subject of a planning inquiry. Last October planning inspector Stuard Reid recommended that the refusal be overturned and planning permission be granted.

The development has been vigourously opposed by the Tooley Street and Tower Bridge Community Association and the Potters Field Development Pressure Group. Simon Hughes MP has also said that he is "strongly of the view that it should not happen".

The situation is complicated by the fact that about half of the site is owned by Southwark Council, without whose co-operation Berkeley is unable to proceed.

Southwark Council has repeatedly said that it favours a cultural use for the site. Last year the council pledged to work together with Berkeley Homes to find a way forward.

Council leader Nick Stanton, in whose Riverside ward the site lies, told us: "We have been working with Berkeley Homes for some months to find a way of providing homes they wish to build, and in addition, delivering a major cultural attraction."

"I hope common sense will prevail and we will be able to come up with a joint plan that will make the best use of this prime London location.

"Potters Field Park which is in front of this development site by the river is also to undergo a Ł2.1m refurbishment.

"We have a great opportunity here to transform the whole area for residents and visitors."

Green Party London Assembly member Jenny Jones added: "This is an extremely disappointing decision, which goes against all the residents' views.

"The Deputy Prime Minister has completely failed to protect the riverfront, a world heritage site and public open space."

Ms Jones continued: "This site could and should be a wonderful civic space – anything less would shortchange Londoners and only benefit private developers."

A spokesman for Berkeley Homes refused to comment on Mr Prescott's decision. 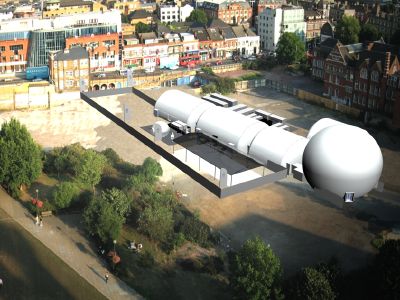 Whilst the planning row rumbles on, the vacant coach park space will be put to use this Easter when IceSpace, a temporary indoor ice rink with bar and performance area, is set up on the site. Planning permission was granted by Southwark Council last month. The winter sports centre will remain in place until June.