Southwark Lib Dem deputy leader Cllr Catherine Bowman has written to the Culture Secretary urging her to list the New Kent Road hostel which closes at the end of the month. 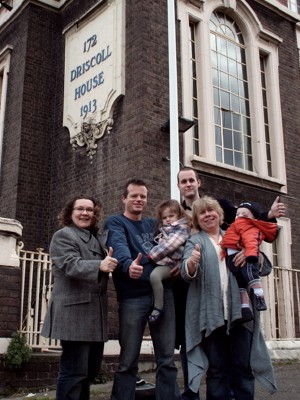 Built in 1913 as Ada Lewis House (after the wife of philanthropist Samuel Lewis), and opened by Princess Louise, Duchess of Argyll, Driscoll House was one of the first women's hostels in London. It is notable for both its interesting history and the fact that it is a well-detailed example of the pre-WWI institutional Baroque style.

"Driscoll House Hotel is due to close this month and it is vital that we ensure its future as an important historical building is protected," says Cllr Catherine Bowman. "Local campaigners have spent a lot of time and effort researching and presenting the excellent case for Driscoll House to be listed and I hope that Ministers will lend their support to the application.

"Many of the interesting architectural features of Driscoll House remain in excellent condition. It is important that we preserve both the building and its place in London's history."

Local campaigner Stephen Hewson added: "It is very encouraging that local government recognises the value of historic architecture, while at the same time regenerating and improving the area."

At the time Mr Driscoll told Camberwell Green magistrates that he had recently sold Driscoll House for a sum in excess of Ł1 million.

In December Southwark Council refused a planning application by Ujima Housing Association and Oracle Homes to demolish Driscoll House and redevelop the site into 91 affordable homes.