Pete Waterman has revealed his ambition to turn parts of County Hall unused since the GLC was abolished in 1986 into a media and entertainment village. 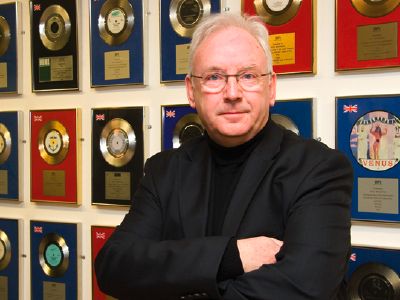 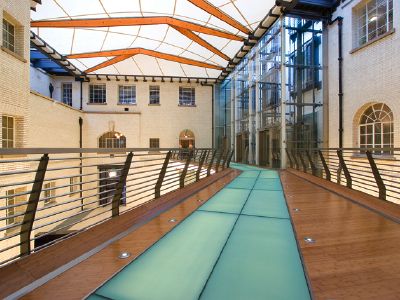 Waterman's Cadogan Entertainment Investments has taken a lease on about 300,000 sq ft in the Grade 2• listed former local government complex on the South Bank.

County Hall was acquired in 1993 by the Japanese company Shirayama which has let space for hotels, restaurants, art galleries and the London Aquarium. Yet parts of the building have been disused since the Greater London Council was abolished two decades ago.

Cadogan's space – to be known as County Hall Quarter – is in the west or upstream building which has a frontage on Westminster Bridge as well as the main entrance on Belvedere Road.

Having acquired its long-term lease Cadogan has spent more than £3.5 million on creating better access to all its areas, from ground to sixth floors, with new lifts, wall-climbers, emergency services and renewed common parts and atria, many of which are the originals with lavish use of marble and bronze and period fittings.

Waterman has already moved his own business into County Hall Quarter, including administration and production studios, after years operating from Borough High Street.

Now the space is being marketed to companies which will fit Waterman's vision of a vibrant community of like-minded businesses.

"I saw buildings like this in Canada, which might have been demolished, but which were reused, given new life," says Peter Waterman. "That's real sustainability.

"What looks like one long rectangular block on the outside is actually a complex of courtyards, open and covered spaces, surprising views and exuberant features as befitted the building when it was created in the capital of the Empire. It is also a monument to the many fine things the London County Council and GLC achieved."

"It would be easy to fill up the space with call centres, but how boring!" said Chauhan. "This space cries out for creative use, by people with vision who can work together and make the place buzz. It's not 'serviced offices'; Cadogan is going to be a proactive and supportive landlord."